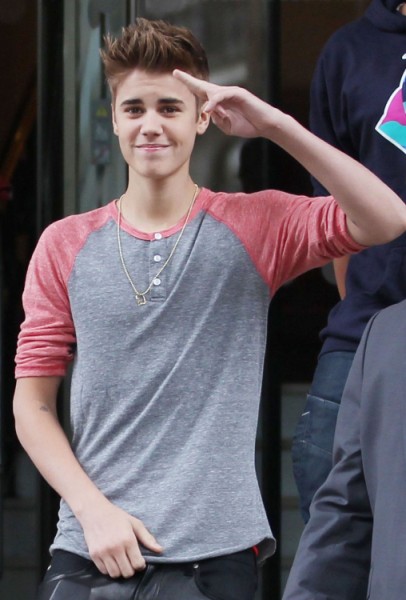 It was an inauspicious start for Justin Bieber’s Believe Tour last night in Glendale, Arizona when the singer vomited twice on stage. Apparently, fans saw Bieber leave the concert a couple times after upchucking all over the place but managed to keep the spirit alive with singing while he took his time regrouping after the embarrassing incidents.

Radio personalities Johnjay Van Es and Rich Berra were with Bieber before the concert and Van Es confirmed to 3TV that Bieber made a mess of things. He also said that Bieber was complaining of feeling weak before he went on for the night but ate nachos and drank some Gatorade to prep himself for the show. So are we blaming the nachos? Are you wondering what Gatorade he drank to help your visual re-imaging of the event? I’m guessing it was blue. I just have a feeling….

Anyway, Bieber was such a professional he made sure to finish the concert and even gifted his fans with an encore. Van Es said that when Bieber returned to the stage he thanked the fans for their support. Bieber didn’t mention the puking but he did take to Twitter to flash a sad sack pic of himself with no shirt on (which is grosser than the blue puke image if you ask me). The caption read: “Great show. Getting better for tomorrow’s show !!!! Love u.”

So do you beliebe this was a bad case of the nachos or was the I’m not a girl but not yet a woman singer taking some bong hits before he performed? Girlfriend Selena Gomez is a pro now so I bet she showed him how it’s done but I can’t be sure. I have to say I do appreciate his respect for his fans and the fact he gave them a show even while he didn’t feel well. I have a hard time believing his people let him get baked before he performs. He seems a little anal for that and that’s a good thing. The last thing you want is to buy expensive tickets to watch a singer fall down all over the place so I’ll buy the Justin Bieber vomits because of nachos story. Who hasn’t had some bad nachos?