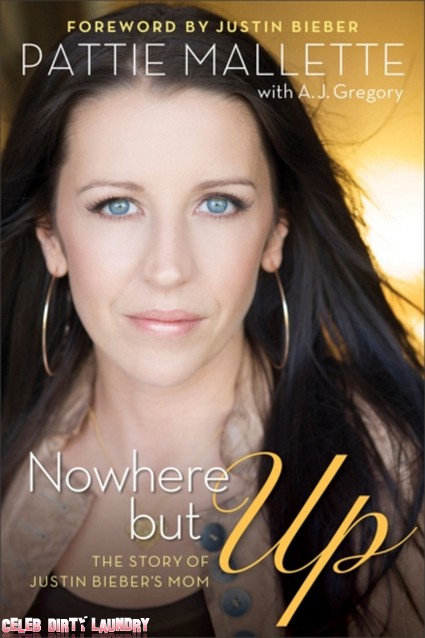 Do we know everything there is to possibly know about Justin Bieber? Believe it or not we don’t. So his Mom Pattie Mallette is writing a tell all to fill us in. It’s promising to shake the Beliebers world! Because unlike her squeaky clean son, Pattie battled drug and alcohol addiction and even considered suicide when she was just 17.

We all know the basics – Pattie was 18 years old when she fell pregnant with Justin and for the most part raised him as a single Mom. But we’re now going to get the dark and sometimes painful truth about her struggles in this 288 page memoir called Nowhere But Up : The Story Of Justin Bieber’s Mom. The book is a co-write with A.J. Gregory.  It’s due to hit the shelves September 18 and has her superstar son’s blessing – he’s even writing the foreword.

Pattie might be living the high life these days thanks to the 18 year old tween heartthrob’s mega success – but in the early 1990s it was a very different story. In the book she’ll detail how she experienced the depths of despair and felt ‘abandoned‘ and ‘unloved‘. She wants to show teenagers doing it tough that you can overcome any problem and go on to great thing…s but you have to believe in yourself. She’ll also talk about her strong religious beliefs in the book too.

Pattie will then cover Justin’s super quick rise to global stardom. How she uploaded his performances to YouTube and how she’s trying to keep him away from the temptations on offer. Celeb Dirty Laundry has been following her attempts to keep the Biebs on the straight and narrow. Check out Justin Bieber’s Mother Bans Charlie Sheen

Pattie and Justin could be battling it out on the New York Times Bestseller List later in the year. The singer is releasing a second book in September called Justin Bieber : Just Getting Started. It’s a follow up to 2010’s First Step 2 Forever : My Story.