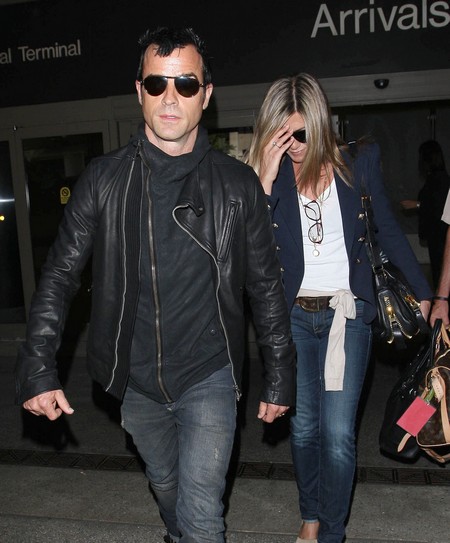 Looks like Justin Theroux will be Jennifer Aniston’s new financial manager! This week has been very momentous for Jennifer Aniston. We all know how Wanderlust is sucking at the box office and other than that, Aniston seems to be looking into the possibility of a change in her system. And we don’t mean The Change– although that might not be far off for the 40-something star. Guess what? She may be handing her financial and business affairs over to her boyfriend Justin Theroux!

Seems these two are getting more serious with their relationship by the day. With this development, it seems to us that Jennifer is now open for marriage as she disclosed her portfolio to Justin Theroux. According to an insider, Theroux wants Aniston to be an excellent businesswoman – and the first step is to have him as a financial manager! Are you kidding me?

However, friends close to Aniston got worried about this sudden development. Theroux is trying hard to double the amount of money Aniston is raking in but one of the sources told Star Mag Print Edition, July 31: “Justin is coming off a major career setback since Rock of Ages and Wanderlust tanked, and he’s already talking about sinking her money into another collaboration.”

What’s worrying her friends is that Aniston has already given her 100% trust to Theroux and to be honest, her business affairs have been sulking since Justin laid his hands on them. Though Aniston is really rich, she had already lost approximately $500,000 selling her apartments in NYC, and for a year she has been going in and out of LA real estate. And this is kind of alarming as she may really be having money management issues since Justin’s been around.

Jennifer – keep your love life, such as it is, apart from your money.  Don’t mix business and pleasure. If Justin is as good at finances as he is at acting you’ll wind up bankrupt.