BY Margeaux on May 31, 2012 | Comments: one comment
Related : Celebrities, Justin Timberlake 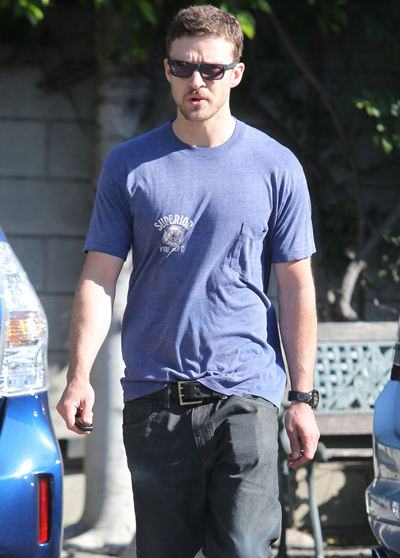 Sorry, Britney. It seems you weren’t the first girl to claim former *NSYNC-er Justin Timberlake as her boyfriend.

According to RadarOnline, JT’s first girlfriend is a woman named Veronica Finn, who back then belonged to a girl group named “Innosense.” (Remember them? No? We don’t either.)

Veronica, who’s now 30, has decided to kiss and tell in the newest issue of Star Magazine about her relationship with Justin.

“He was very special,” she said. “Our love was unique, and he was an absolute sweetheart.”

“It wasn’t typical dating because we both were touring by then,” she added. “But when we had time together, we went to the movies, to the park or just hung out at each other’s house. We even vacationed together in the Bahamas.”

Reportedly, the couple dated for over a year-and-half before they drifted apart in 1998. Veronica says they broke up because she was worried that he would cheat. Related: Jessica Biel Catches Justin Timberlake Cheating Again

“There were a lot of female fans and a lot of temptation out there,” she said. Not to mention Britney Spears, who started dating Justin later that year.

To see Justin’s handwritten love notes to Veronica, pick up the latest issue of Star Magazine.