Kanye West Cusses Out Fans After Being Attacked With Laser 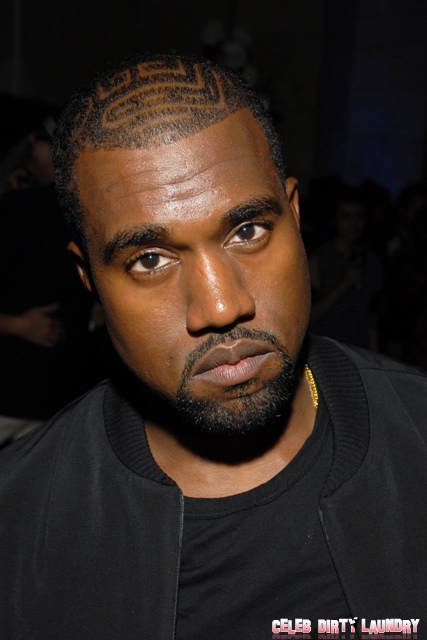 Kanye West cussed out fans at a recent Paris concert after one of the fans attacked Kanye with a laser while he was performing! Kanye is known for his aggressive antics, but has recently found fame for his Kim Kardashian hook-up. We thought Kanye was changing his ways, but after this incident, well, we’re not so sure anymore. . . .

He performed in Paris last night with Jay-Z at their “Watch The Throne” concert and while they were being all gangsta up in herre, one of the rabid West fans shone a laser on the singer during his performance. Kanye promptly stopped the music, stopped the show, and started berating the fan for his usage of a green laser.

CDL watched the 50 second cell phone video of Kanye’s hysterics and it seems that Kanye’s diva behaviour took hold of him. He was performing, when a very faint (almost non-existent) green laser shone on the stage. Kanye said, “Stop it, stop it. You see this guy right here?” And pointed at the terrified fan. “This guy playing with this green laser? Don’t f*** up everybody’s show! It’s not a f****** game!” A thunderous cacophony of boos echoed throughout the auditorium. Kanye continued with, “Don’t f**** around like that. You’re gonna get f****** kicked out and sh**! Chill the f*** out!” He turned around and said, “Let’s go!” The music started up and with a swing around, Kanye commenced with his performance.

West is infamous for his several awards show outbursts, kicking Taylor Swift of the stage and bitching like a little kid, before storming out, at another awards show where he won no prizes. Kim Kardashian has taken him under her wing and many believe(d) Kanye changed for the better. The diva hysterics of his Parisian performance is proof that Kanye is still the same Kanye. A leopard never changes its spots, no matter how much damage control your top-of-the-line PR company does. It seems Kanye will remain a blubbering little kid, and many French fans now believe he will always remain Hollywood’s petit bebe.