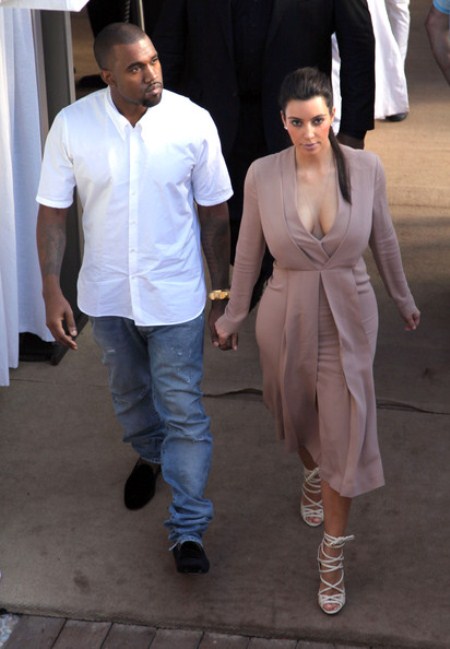 Kim Kardashian is trying to impress her boyfriend Kanye West. The Sun reports that Kim is reading about philosopher Friedrich Nietzsche (yes I’m surprised she can read in general) but it’s all because Nietzsche is one of Kanye’s biggest inspirations. She’s also trying to keep up with current events in world news so that she can “fake” being educated.

But that’s not all, Kim has also started getting interested in art, hiring an art dealer to bid on artworks by a graffiti artist named Jean Michel Basquiat. I think she’s trying too hard to impress Kanye, I understand if it was just a few very subtle things, but she’s making it so obvious. There’s one thing trying to understand your partner’s interests and another when you’re just forcing it on yourself.

In a way, I think Kim is making a good choice but doing it completely in a wrong way; you don’t have to start reading a book that inspired your significant other nor have to go and start buying art. I would be more impressed if my girlfriend could at least name me every one of the New Avengers, without searching it on Google. Or she could just simply cook dinner, a woman who cooks great not only impresses men, but also it is a good way to our hearts.

Kim should just cool down and start it off slow, with all this reading, I doubt she will in fact get any smarter (actually I highly doubt it), she will most likely only confuse herself and come across looking even more dumb.