Kim Kardashian Is Tired Of Being A Joke 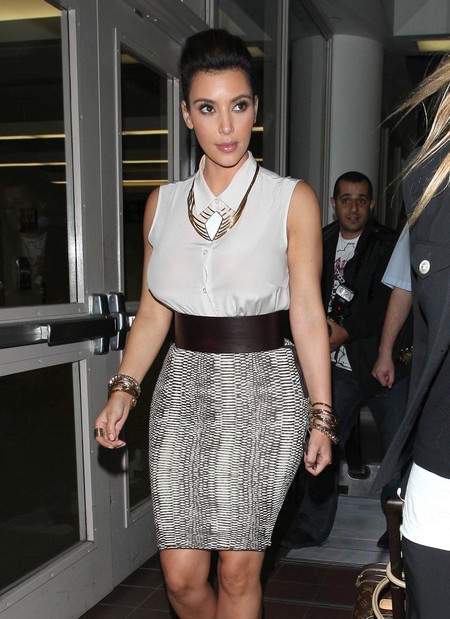 Kim Kardashian who just had a cameo on a live episode of 30 Rock wants to be taken as a serious actress.  Kim is tired of being thought of as the reality star who dumped her husband after 72 days.  She is over people mocking her and laughing at her.  Kimmie has decided she knows the answer to her problems and wants to enlist the help of Modern Family star Sofia Vergara.

The two spent the evening together at the White House Correspondents’ dinner and Kim decided that Sofia was the perfect person to help her become a serious actress.

“Kim chased Sofia around the Correspondents’ dinner and peppered her with questions about making the transition from reality star to full fledged actress,” says a source to National Enquirer.  “Kim couldn’t stop gushing about what a huge fan she is of Sofia’s work and how much she respects her for juggling a sexpot persona and razor-sharp comedy skills.  In Kim’s book, Sofia is the gold standard,  She wants Sofia’s career.  She’s determined to parlay her fame from reality TV into meaty acting roles.”

So Kim wants to be more than a reality star.  I guess faking it for the cameras on ‘Keeping Up With The Kardashians’ has given her some acting experience.  According to her ex-husband Kris Humphries the whole show is heavily scripted and fake.

Kim is taking acting lessons and stand-up comedy lessons to help her accomplish her goal and intends to model herself after Sofia.  Can you imagine no talent, famewhore Kim getting serious parts?

I shudder at the thought, but Kim has already started the transitions she’s guest starred on CSI:NY and How I Met Your Mother, and will appear in Tyler Perry’s next movie, The Marriage Counselor.

Sure Kim Kardashian as serious actress – and why not?  As long as she sticks to the Adult Film Industry we see her as a blazing success!  What do you think?  Do you want to see Kim win an Academy Award soon?  Let us know in the comments below.