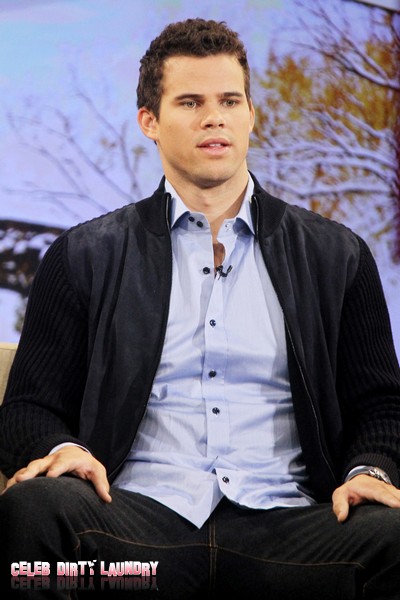 Kim Kardahsian has awoken to her worst nightmare – no, not divorce nor the end of ‘true love’ with Kris Humphries – but Kris going public with the evidence that her reality TV Shows are rigged and fake. It’s not as if we believe that we are seeing the real story of the true lives of the Kardashian/Jenner family when we tune in to their inane shows – like ‘Kourtney and Kim Take New York’ – but Kris claims that it’s all a big fake setup. According to Kris, Khloe is the only Kardashian sister who is not a big phony – although he doesn’t like her anyway!

Kris gives as an example the time Kim supposedly lost a diamond earring while frolicking at the beach and went hysterical – the earring was miraculously recovered by one of her sisters in deep water… but Kris implies that the earring was never lost at all – the entire scene was planned.

While the earring incident seems harmless in itself, it indicates that deeper and more serious issues are at stake – like the legitimacy of Kim’s entire relationship with Kris – the romance, wedding, marriage and divorce.

RadarOnline learned the following:  Kris Humphries is telling his friends and family that his soon to be ex-wife, Kim Kardashian’s reality shows are way more fiction than fact.  A source close to the situation tells RadarOnline.com a particularly damning anecdote, which would seem to give great weight to the NBA free agent’s claim.

“Kris was with Kim and her family in Bora Bora, and he playfully threw her in the sea. Kim emerged from the water, freaking out, with cameras rolling, shrieking that she had lost one of her diamond earrings, which are worth $75,000,” the source says.

“Kim was crying hysterically, but then miraculously, one of her younger sisters found the earring in the ocean, where the group had been swimming. It was probably 6-8 feet deep, and Kris commented to Kim how unbelievable it was that the valuable earring was found as the current in the ocean in Bora Bora is very, very strong. Kim just said, ‘I know,’ with very big smile on her face.”

Although Kris’ eyes have been opened, and he’s been left with a nasty taste by the whole experience of his whirlwind relationship and 72-day marriage, he does still have respect for one member of the family.

“Kris says that Kim’s reality shows are a total sham. He doesn’t think there is anything real about the shows at all. Kris thinks that Khloe is truly the only authentic one among the Kardashian sisters,” The source says.

“Even though they didn’t get along, at all, he respects that Khloe does what she wants. If Kim and Kris had stayed together, and he had gotten traded to Dallas, like Lamar did, he knows Kim wouldn’t have moved with him like Khloe is doing.”

Is is possible that Kim Kardashian is that bad? Can she be such a conniving fraud? Could she get engaged, marry, and then file for divorce all as part of her entertainment/promotional career plan? Tell us what you think in the comments below.