Kanye West Divorce Testimony: Did He Cheat With Kim Kardashian On Kris Humphries During Marriage? 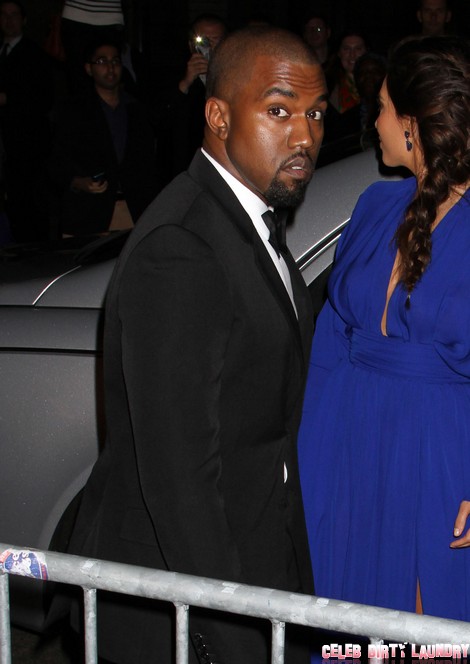 Well, I guess it was inevitable and by “it” I mean Kanye West’s being dragged into Kim Kardashian’s divorce from Kris Humphries.  By now it has become glaringly obvious that Kris is just dragging out the whole process for as long as possible just to screw Kim over.  Hell, these two have been split up longer than Demi Moore and Ashton Kutcher and I’m betting even Demi will sign those divorce papers long before Kris Humphries does!  But who can blame Kris?  Kim used him like the fool that he is and this is payback.

According to TMZ, Kanye had to sit for a deposition and answer questions about whether or not he was drilling Kimmie during those few days that she was awkwardly posing as Kris’ wife.  Supposedly Kanye and Kim go way back and since the rapper decided to reference Kim and Kris’ marriage in one of his songs, I guess he made himself a target.

At this point, Laura Wasser, Kim’s attorney is requesting that the judge hearing the case do something because she believes that her client is now “handcuffed to Mr. Humphries.” I think that sounds like a pretty fair assessment of the situation and I can’t blame her for the analogy.

The question remains though, just how involved were Kanye and Kim while she was married?  Was she just the rappers perfect fantasy bitch that later turned into a reality? Or did Kim give Kanye more than a taste of what life with her would be like together, in spite of speaking those vows to Kris?  The Kardashian’s don’t just get what they want, they tend to take it so I think Kim liked toying with him and she just doesn’t strike me as the loyal type. I think they probably had hooked up but I’ll bet Kanye will deny it- until they split for good! Tell us your thoughts in the comments below!