Kanye West: ‘I Just F**ked Kim So Hard’, Cute Or Too Much Information? 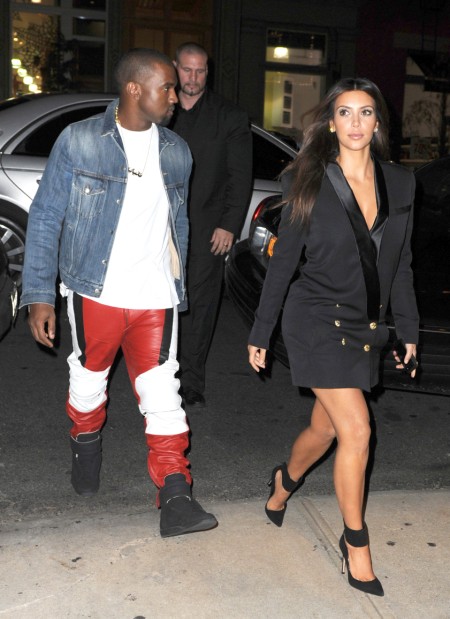 Kanye West displayed yet again why he’s just not mature enough to have a girlfriend. Last night he caused a Twitter frenzy when he posted an ultra obscene and highly inappropriate tweet about his extracurricular activities with girlfriend, Kim Kardashian. Apparently, she really is his “perfect bitch.”

Kanye tweeted, “I just fucked Kim so hard.” According to Zimbio, the self-congratulatory message got 7,410 retweets and 39,777 of his followers made it their favorite. I’m guessing Kim wasn’t one of them. The tweet was deleted a few minutes after it was posted.

We’ll get to the crudeness in a second but who the hell has sex with Kim Kardashian and then thinks to themselves, “Man, I just have to tweet!” That’s the lamest thing about this whole story. Does Kanye believe if he has sex and no one knows it then it didn’t really happen? Shouldn’t tweeting be one of the last things on your mind at that point? It just leads me to believe that Kim Kardashian is truly the ultimate hip hop girlfriend. She’s a trophy, not necessarily to be respected, but to be showed off. What else is Kanye doing by tweeting something that vulgar?

I get the fact that Kanye’s hard and he has a bad ass rapper image to maintain, but seriously? Write that sh-t about the hoes you bang on the road, not your number one girl. Mama Kris Jenner canNOT be too stoked about Kanye’s latest defamatory statement against her daughter. Who’s the bigger famewhore – Kim or Kanye? Because all this is is a gross cry for attention. What guy who really loves his girl would tweet something like that about her to millions? To paraphrase Jennifer Aniston, there’s a sensitivity chip missing there.

And this goes against my better judgement but I kind of feel bad for Kim. Yes, she obviously made him take it down but I’m guessing she has to deal with that childish ego a lot and that’s got to be draining. But that’s not why I feel bad for her. Kim’s a push over. She has a nasty habit of letting guys use her and this is just another example. Yes, Kanye took the tweet down but he didn’t have enough respect for her not to write it in the first place. That says a lot about him but it says even more about her, don’t you think? Side note: How could Khloe Kardashian hate on the way Kris Humphries acted but then let something like this slide?