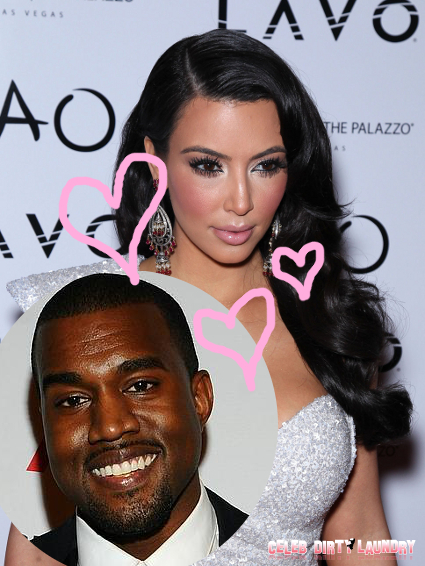 Look here, chicas, Kanye West is all in as far as Kim Kardashian is concerned. If this is only for publicity can someone please let him know. Kim K is on the countdown to her divorce and Kanye is going full speed ahead with this relationship.

He is canceling bookings — among other things — just to be with her. Who would have thought? I thought I would never say this, but, honestly, I feel sorry for him. Really. Look, Kanye needs to keep his day job and get real, because when the money is gone so is she. Kim does not have a good reputation and her track record leaves something to be desired. Reggie Bush would not marry her, and look at the poor bobocito that did!

Maybe we are all wrong and there is something there, but sources say this relationship is just to promote the new season of Keeping up with the Kardashians. If you really want to get down to it, that show is not really that great . . . so, let’s be honest, if they don’t throw some drama into the mix what is it? Go figure the first episode focused on Khloe and her paternity (big sigh!). Well, for whatever reason, Kanye and Kim will continue on for a while. I guess it benefits them both.