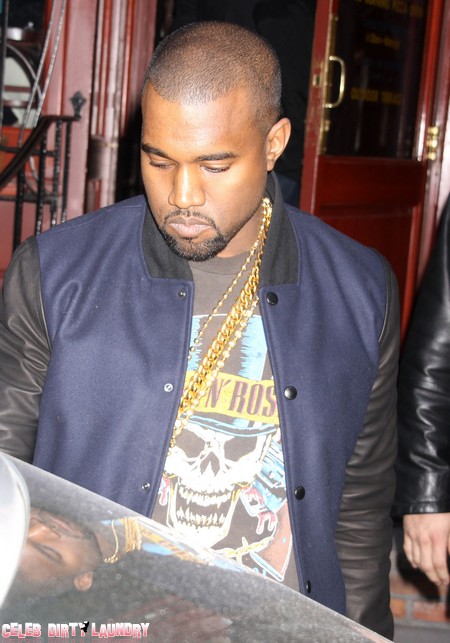 Kanye West can’t handle criticism, him being an entitled megalomaniac and all, so he dissed PETA in his latest rap song – both he and his new bimbo, Kim Kardashian, just love their fur.  Let’s just break out the Boxing Gloves, It’s Kanye West VS. PETA – People for the Ethical Treatment of Animals.  It has been all over the internet over the last couple of hours.  PETA made a jab at Kanye for wearing fur.  Kanye returned the favor with interest by calling them a name and including them in his new rap song, “Theraflu”.

There is a verse that says, “Someone tell PETA my mink is draggin’ on the floor”, that is downright rude, good going Kanye.  Now remember folks who we’re all talking about here, this is Kanye West.  He is not known to be the most Hmm… What’s the word… Rational of people.

PETA did complain a little about Kanye wearing a fur coat but why did he have to reply in diss rap, come on!!  PETA please keep it moving because your cries are falling on deaf ears, I mean just look who he is hanging out with, Kim Kardashian.  If the wind blows just the least little bit she’s in a fur.  That I find funny considering her sister Khloe posed nude for a billboard to support PETA.

RELATED: Kim Kardashian Is Moving In And Sleeping With Kanye West

Speaking about those two, Kanye and Kim, there are a lot of rumors swirling around about them.  Yes I know he is saying all the time how he’s “in love with her”.  OK we’ve heard – I think all this is a publicity stunt for attention.  I mean dude really she’s not even divorced yet and Kim I would think about that too –You’re not DIVORCED yet!!  Is it me or can no one wait for the ink to dry on the papers before they move on – It’s not a good look.  Anyway PETA there it is, we will all say that you do good work.  As for you Mr. West there really is nothing more to say.