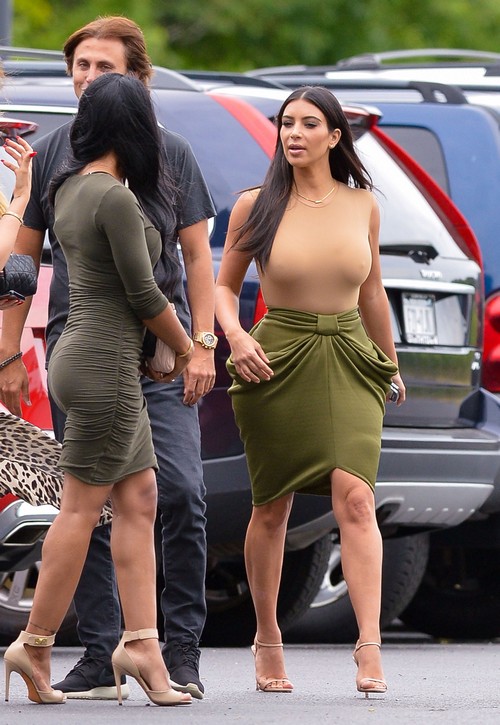 I’m guessing Kim Kardashian isn’t too happy with boyfriend Kanye West this morning after he tweeted a naked photo of her out to his 5 million Twitter fans! I know that Kim being undressed is hardly news, but this shot of her naked, eating breakfast seems like a breach of confidence that would flip out the entire Kardashian money making machine! This was obviously meant to be an intimate breakfast for the lovebirds and should never have been handed to the world.

Well, unless Kim wanted it to be broadcast to 5 million.  She does seem to do whatever it takes to get publicity now doesn’t she?  She is rumored to have freaked out when the link popped up and she made Kanye delete the image.  That’s the typical reaction that an over exposed woman would have, right?  But then Kim usually is pretty shameless so I’m not sure that it’s an accident.

I wonder what Kris Jenner’s reaction to this is?  Would she be angry with Kanye for (maybe) breaching her daughters confidence, or would she figure any publicity is at the very least, publicity.  We know the momanager NEEDS attention and when people are watching her girls then it inevitably brings her into the limelight as well.

When Kanye West tweets a Kim Kardashian nude photo can it be an accident? Did Kanye tweet this pic by accident or did he do it on purpose to show off his girlfriend and gain more publicity?  Is it just another way for the attention seeking duo to make tongues wag?  Tell us what you think in the comments below!