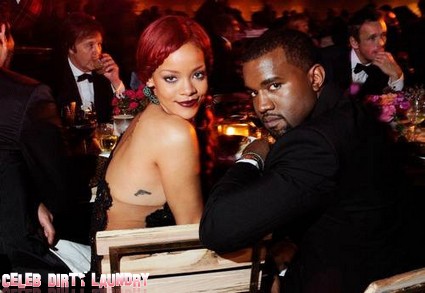 So apparently Kanye West made his DJ debut this New Year’s Eve in Las Vegas. Kayne’s disc jockey debut took place at the Las Vegas grand opening of the 1 OAK nightclub after he said last week that he’d like to DJ on New Year’s. He also said, “My New Years DJ name is gone be YEEZY WORLD PEACE! If you book me you have to put YEEZY WORLD PEACE on the E-vite. Or I ain’t spinning.”

His ego once again just prevails, what kind of stupid name is Yeezy World Peace? It’s incredibly cheesy and it just sounds like a thirteen year old’s lame attempt at his first rapper name. He could possibly be a talented DJ, but I find it ignorant that he demanded that the E-vite must have that ridiculous name on it. To be honest if I saw the name Yeezy World Peace, I would stay away from it completely.