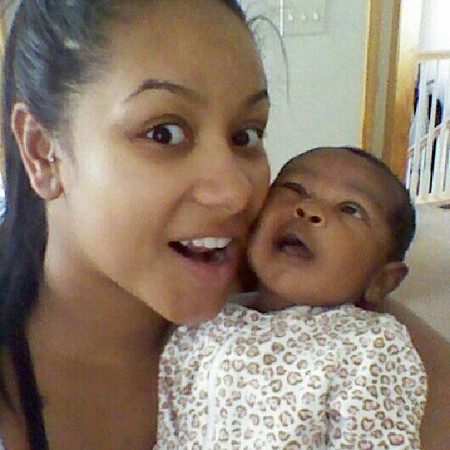 Kasandra Perkins, 22, was remembered at a memorial service after she was killed in a murder-suicide by her fiancé, NFL linebacker Jovan Belcher. He shot and killed the 22 year old in front of her mom, Cheryl Shepard, causing a media sensation but friends and family gathered to pay tribute to the young mom. It was the first of two memorials scheduled.

The Kansas City Star reported that Perkins, who has become the face of domestic violence and gun rights, was recalled as a woman who brought joy to others. She had no shortage of loved ones but her 3 month old daughter, Zoey, was called the love of her life.

“She had a deep, deep understanding about the important things in life,” Ted Downing, her great Uncle said.

Her biography was fleshed out by those who recalled her being a graduate of Anderson High School in 2009 in Austin, TX. She was also an instructor with Lone Star Dance Team and taught praise dance in her church. Her obituary also listed that she was a member of the Chiefs’ women’s organization and was involved in after-school programs and volunteer organizations.

The memorial service helped to bring into focus the woman behind a myriad of headlines and lingering questions. Ridgeview Family Fellowship in Blue Ridge which housed the celebration was filled with mourners who passed by the white casket which was adorned by white lilies and pink roses.

Sweeney also extended his sympathies to the infant child Perkins left behind. The NFL has also issued their well issues and have put action behind their words. A trust fund has been set up in the little girl’s name. She will become the beneficiary of the collective bargaining agreement signed last year. Zoey’s guardian or her estate will receive $108,000 a year. Additionally, when she is 5, she will receive $48,000, then $52,000 a year until she is 18 or 23, depending upon if she goes to college.

Cheryl Shepard, Belcher’s mother, witnessed the shooting and currently has custody of her granddaughter. She said that the baby girl is doing fine under the circumstances which led to the death of her parents. Perkins will be laid to rest in Austin over the weekend.