Kate Middelton At The Center Of A Fierce Scandal 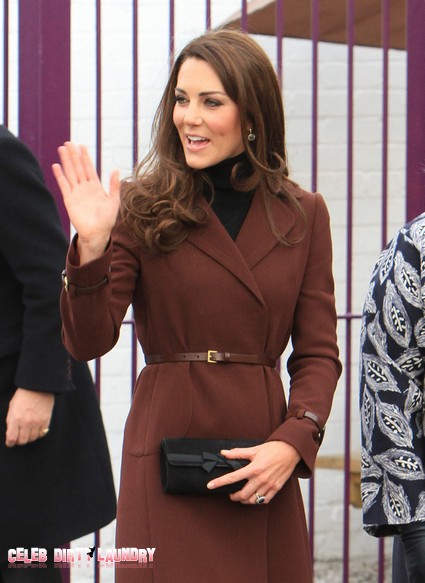 Kate Middleton has found herself at the center of a fierce scandal involving the Duchess of Cambridge supposedly wearing a fur-lined coat. People for the Ethical Treatment of Animals (PETA) are up in arms over officials at the International Fur Trade Federation (IFTF) posting an image on Facebook of Kate wearing what appears to be a fur-lined coat. It seems that the wife of the future King of England, Prince William, was photographed on February 12 wearing a coat with what the IFTF reported to be a fur lining – but was in fact synthetic or ‘fake’ fur.

The IFTF, headed by disgraced parliamentarian Mark Oaten, used the opportunity to promote the wearing of real fur on its Facebook page by posting the image of Kate in the fur-lined coat with a caption that read that she was wearing a “classy fur-lined coat.” Oaten was forced to resign from the British Parliament in 2006 after evidence emerged that he had cheated on his wife with a male prostitute.

This drove PETA officials absolutely insane because Kate has such powerful influence over millions of women and their fashion choices. They feared that if people believed that the duchess was wearing real animal fur that they would make the same choice with their own clothing purchases.

PETA confirmed with Kate’s palace spokespeople that the coat was in fact fake fur and then PETA founder Ingrid Newkirk fired off a threatening letter to IFTF head Oaten.

In the letter, Newkirk threatens legal action if the image is not removed from the social networking website, writing:

“The Duchess’ office has confirmed in a letter to Peta that ‘Her Royal Highness was not wearing fur.  ‘The coat was not lined with fur.'”

“We therefore insist that you remove the photo from your social media page and issue an immediate public retraction of your claim.  To state that the Duchess is wearing fur is not only false but offensive.  To portray the new Duchess wearing something so blatantly cruel and contrary to her country’s values is insulting.”

So far there has been no response from Oaten or the IFTF. Given the attention the scandal has drawn one might think that the duchess was eating children.