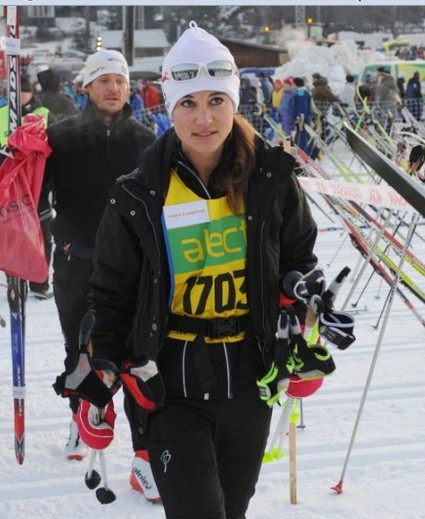 The sister of the Duchess of Cambridge is aiming to raise money through the cause which will help combat children’s hunger. The annual race is always held on the first Sunday of March in Sweden, between the villages of Salen and Mora. It is not only one of the oldest races in the world but it is considered also to be one of the longest.

According to the Daily Mail, spokesman for the Vasaloppet Per Strid said:   ‘It’s really fantastic that such well known people will take part; it shows that our arrangements attract not only the most renowned skiers in the world but also some of the most famous personalities in the world as well! Everyone does it because it’s a challenge and achievement to ski Vasaloppet.’

Pippa is already an eager athlete and before starting the race, she wrote on her own donation website, Justgiving.com:

‘My brother and I are raising money for Magic Breakfast, a small registered charity that fights child hunger through breakfast clubs and delivering free breakfasts (bagels, cereal, juice and porridge) to thousands of state primary school children in the UK particularly our inner cities.’

The 28-year-old came in 412th place in the women’s category for the 56-mile race.  She was greeted at the finish line with a big smacker on the cheek by event steward Erik Smedhs after skiing for 7 hours, 13.36 minutes.