Kate Middleton And Prince William Expecting A Baby – Are They Adopting? 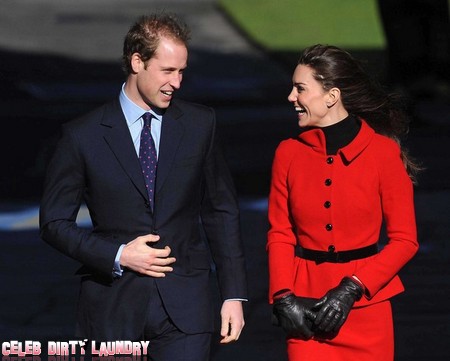 Kate Middleton and Prince William are expecting a child but it doesn’t mean that Duchess Kate is pregnant!  Two separate reports imply that the royal couple will soon have a baby on their hands!  Is it possible that Kate is having trouble getting pregnant and now adoption is looking more likely.  The future King of England and his charming wife have even secured the approval of the Queen and Prince Charles.

Some say Kate is pregnant and others that she and the Prince are adopting.  We present both ‘arguments’ for an addition to the royal family!

HollyBaby mentions the adoption report from OK! magazine:   “It’s something they’ve spoken about a lot,” a member of their inner circle reveals.

Although they’ve been enjoying life as newlyweds, the couple are ready to start a family. “Kate’s 30, so she realizes they need to get started,” the insider says.

“Their priority is to have heirs of their own to ascend the throne,” a royal insider explains. “But afterward, they feel there is nothing to stop them from doing such a beautiful and humane thing as adopting a child. Being royals, they travel all over the world in a charity capacity and see so much need. It’s really affected them both.”

“They have spoken about it to Prince Charles, who says there is no reason why they can’t do it,” the insider says. “He thinks it’s a splendid idea.”

“The queen does admire her grandson’s giving heart,” the insider reveals. “As long as they do have at least two heirs to the throne first, the queen would likely give her blessing.”

And yesterday we covered the news in GLOBE that Kate is having a baby – put the two stories together and we should see a junior royal soon!

From CDL:  Globe has the scoop: Queen Elizabeth got the best news ever when William’s wife Kate revealed her well-kept secret – she’s having a baby. Kate was especially thrilled because she feared she might never be a mom after an earlier miscarriage. The new GLOBE has all the happy details including the special time when Kate will officially announce her pregnancy.

So is Kate pregnant or is the royal couple adopting?  No confirmation has been released either way by the palace yet, although the tabloids have had Kate pregnant for months now – and adopting as well!  We will know the truth soon. What do you think? Sound off in the comments and let us know your thoughts.