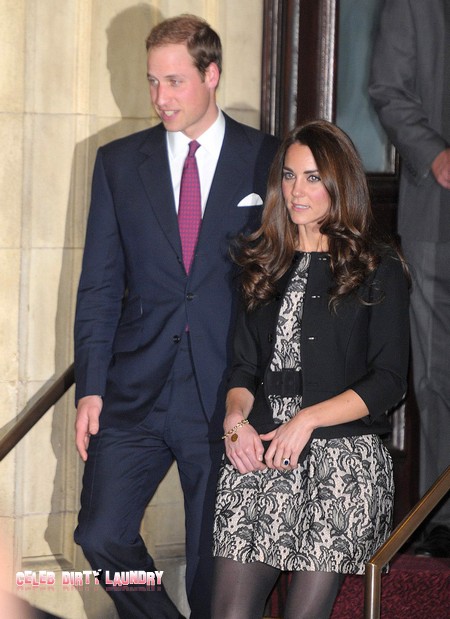 Kate Middleton might be our favorite modern day Cinderella but some are calling her out for not wanting to wear the glass slipper. UK’s newest “It” shoe designer, Nicholas Kirkwood, is tired of Kate’s middle class appeal and is pleading for her to turn the princess volume up on her sartorial selections.

“She just wears too much High Street stuff,” Kirkwood tells The Daily Beast. “I know she’s trying to be democratic, but I don’t know how many pairs of LK Bennett you can wear.”

Needless to say, the Duchess of Cambridge isn’t an ideal client for the designer whose pumps have a flair for the dramatic that Kate rarely indulges in.

He continued. “She does occasionally come out and is wearing McQueen or something like that. It’s like, ‘Do that more! You’re meant to be a princess-y type of person, so act like one!’”

Kate has gotten much attention and approval for her ability to mix High Street fashions with more upscale pieces.  This is a major case of she’s damned if she does and she’s damned if she doesn’t. Kate’s never been known as a fashion forward dresser. She’s always had her finger on the pulse of fashion but she’s never been considered a trend setter.

If she decides to become a clothes horse than she’ll be compared to fashion icon, Lady Diana, at every turn and probably be labeled vain, frivolous and unsympathetic towards those suffering in today’s harsh economy.

If Kate doesn’t take advantage of the top designer fashions which she can easily access and afford she’ll be considered boring and unprincesslike.

So what’s a 21st century princess to do?

She needs to be smart. Kate’s very conscious of her role with Prince William. If you’ll notice, she’s always deferential with him and even made the statement, “Will’s in charge” when they visited a hospital together last September. She has to be careful with her popularity level and designer duds would tip the scales too much in her favor. I don’t think William’s the kind of guy who would become jealous of his wife’s overwhelming fame like his father, Prince Charles, became of Diana’s, but you never know. And I don’t think Kate wants to find out.

But what Kate and William need to learn, and what Lady Diana did so brilliantly, is how to balance the princess with the politician. Diana used her clothes to speak volumes and get attention for the causes she invested in. But it took her years to perfect it. Kate’s only got one under her belt. Let’s give her time to find herself in this marriage, this Firm, and in her Princess fashions because, whether she likes it or not, her outfits and shoes matter.

The clothes may not make the man, but in the world of celebrity, they can make the woman.