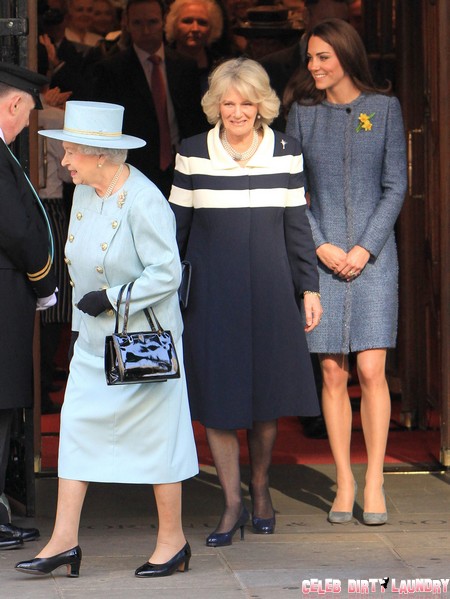 The horse lady Camilla Parker-Bowles is pissing mad at Sir Paul McCartney. The reason – during a recent Saturday Night Live skit, McCartney made fun of Camilla’s vagina. Yes, you read correctly – “vagina”. In his – ahem – vagina monologue, the Beatles singer “outrageously insinuated her vagina barks like a rabid dog.” And this sent Camilla and Queen Elizabeth into an old-fashioned bitch-fit that would give the Real Bitches of Wherever a run for their easy earned money. A source reveals, “Sir Paul had nothing to do with the skit, but The Queen and Camilla blame him for not nipping it in the bud.”

However, this is not a first run around the block for Sir McCartney – a few years ago, McCartney took part in another SNL skit that had Cam choking in the tea. Consequently, the witch-head Duchess of Cornwall ordered Prince Charles to ban McCartney from performing at Prince William and Kate Middleton’s wedding. According to a source for Mike Walker from National Enquirer, “Camilla told Charles, ‘Why is it that when Paul is on that show, I am ridiculed? Your mother is furious as well. It’s so offensive… There is no excuse!” Well, Camilla Camisole, people dislike you. In fact, most people despise you. Why not poke fun at one of the most villainous figures in UK monarchy history? Titty-titty bang-bang and va-jay-jays for the win!

We’re unsure whether Kate Middleton had anything to say (of course she was laughing inside) when she saw Camilla breaking crystal glasses on the heads of her hand maidens and servants, but we can imagine how Camilla screamed and screamed and screamed and kicked small people in the face when she watched SNL in her private quarters. It must have been a massacre of epic proportions.

In other news, McCartney isn’t fazed with Camilla and her Dianne Wiest impersonations. He’s letting it be in a yellow submarine.