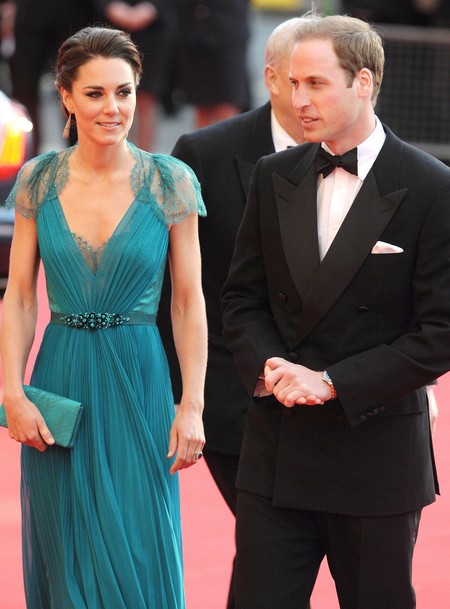 Kate Middleton has expressed her true love and devotion to Prince William.  Kate was on a palace mission without her husband when a person in the crowd asked her about William.  Without hesitation Duchess Kate said “He’s fine, but I’m missing him desperately.”  Even though their separation this time was relatively brief Kate still recalls the 6 long weeks she spent without William during his military mission in the Falkland Islands.

Kate had arrived in Leicester earlier this week along with

More than 10,000 Union Jacks arrived in the city shortly before the royal visit.  “We’re a modern city that has changed most drastically during the sixty years of her majesty’s reign- and I think very appropriate that she should begin her tour here.” said Sir Peter Soulsby, the Mayor of Leicester.

The trio visited Leicester Cathedral for a service and Kate took a moment before hand to greet the crowd of 5000.  A member of that large crowd asked Kate about her husband, Prince William, to which she responded without hesitation,

No doubt the Duchess is in great hands but with their frequent separations due to scheduling, it’s no wonder she would miss him.  The romantic duo recently celebrated their first anniversary and looks more in love than ever. Of course, rumors are always flying that Kate is either pregnant or about to be.  At this event there was absolutely no hint of a baby bump.

Do you think that Kate and William are the most romantic couple ever?  Let us know in the comments below.