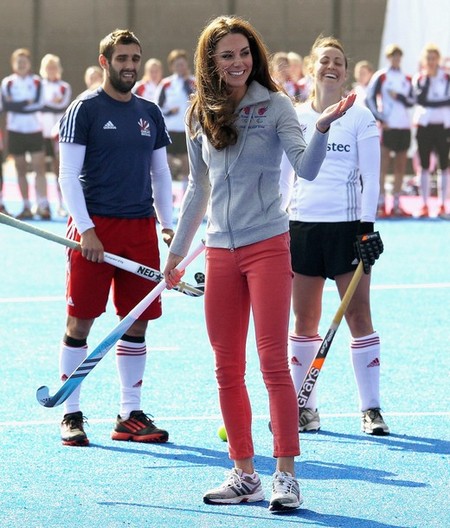 Kate Middleton is ‘too thin’ says Britain’s most famous celebrity and fashion photographer.  Big time photographer Terry O’Neill made the comment in an interview with the Daily Telegraph  during which he also said he didn’t ‘fancy’ Prince William’s lovely wife.  Harsh words indeed from a man who has photographed some of the biggest celeb icons.

Terry has worked with celebs ranging from Sir Laurence Olivier, Elton John, The Beatles, Judy Garland, and The Rolling Stones to the British Royal Family.  We don’t think Terry will be getting a call anytime soon from Kate!

Asked if he would like to photograph the royal beauty, Terry said: ‘Nah – I don’t think so because I don’t fancy her. I mean that poor girl, Kate, what’s going to happen to her? Hopefully William will be king and she’ll be a new breed. And she does seem very together, but, well, [she’s] too thin.’

There was talk in the past that Kate was anorexic but that was just tabloid nonsense. The Duchess of Cambridge lost a significant amount of weight prior to her royal wedding and became the poster girl for web sites devoted to anorexia.

When Kate’s wedding dress went on display in Buckingham Palace an ABC correspondent described it as ‘teeny, teeny, tiny.’  But a friend of Kate’s set the record straight: ‘Kate is very slender but she certainly doesn’t have an eating disorder.’   Her friend added that Kate would be ‘horrified’  at being a role model for an eating disorder.  The friend went on: ‘Yes, she has lost weight but that’s largely down to the stress she has been under and all the traveling she has done recently.’

That was then and this is now – that is why it is troubling to hear once again that Kate is too thin.  She is obviously in great health and in great shape.  Let’s not hear more nonsense about anorexia and eating disorders where Kate is concerned.  I’m sure we can count on Angelina Jolie taking the skinny limelight as she prepares to look even more skeletal for her upcoming wedding to Brad Pitt.