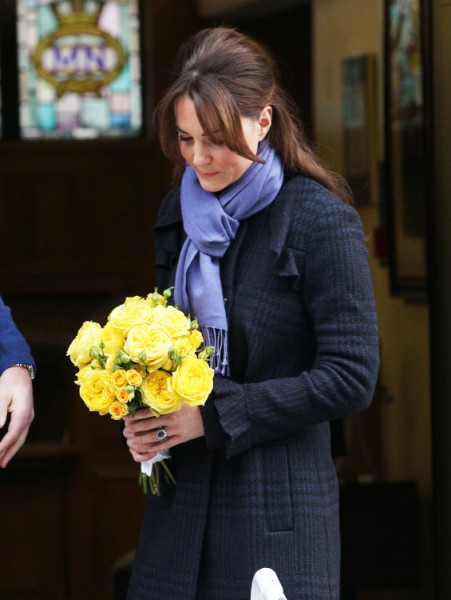 Kate Middleton’s nurse, Jacintha Saldanha, who killed herself after falling for a prank from two Australian radio hosts, left three suicide notes and one of them is highly critical of King Edward VII Hospital and how management treated her after the hoax.

According to the The Daily Beast, one of the letters deals with the logistics of her funeral; the other outlines how Saldanha struggled with falling for the phone call from Mel Greig and Michael Christian who pretended they were Prince Charles and Queen Elizabeth; and the final letter criticizes the hospital for how it treated her and it is said to have left her family members extremely upset. As we reported, Saldanha never told her family about the prank and they didn’t know until after she died because they do not watch television.

The Jacintha Saldanha suicide note is opening criticism against the hospital which, up until now, has not been blamed for the security lapse or death. Tom Sykes writes: “The existence of a note explicitly criticizing the hospital will pile pressure on the Royal’s medical institution of choice. So far the hospital has largely escaped public ire, as anger has been focused on the DJs, but increasingly questions are being asked why the hospital did not upgrade its night-time security protocols, and hire a 24 hour receptionist, instead of leaving the job of answering the phones to a nurse who spoke English as a second language when the world’s most famous woman was being treated there. Yesterday Sandra Parsons, a columnist in the Daily Mail asked whether the hospital ‘cared more about its own PR than its nurses’.”

Exactly. As many people said from the beginning,  Jacintha Saldanha was in no way to blame for the security breach. How was she supposed to know how to deal with a situation of that magnitude? And I don’t really blame the radio hosts either. They didn’t mean for this to happen and, for all intents and purposes, the phone call should have been a harmless joke. The hospital should have taken greater precautions but, again, how does one handle housing the Duchess of Cambridge on the fly with no precedent?

Why is no one mentioning Prince William? It was his decision to drive his wife there while filling the royal family in on the way. He made the rash decision, and if the hospital was unprepared, it was because of him. Perhaps Kate and William will stop the “we’re just like you” campaign now. Sorry. As much as you want to convince us, it’s not true and they put people in danger with their cavalier attitudes. I’m not saying blood is on Prince William’s hands. This whole situation was unfortunate and not one person’s fault but I’m just surprised no one has called William out for his role. Did Kate need to go that hospital? I’ve asked this before but why couldn’t a doctor have been called to Kensington? Are you telling me IVs can’t be brought in? Hopefully something like this can be avoided in the future if Prince William just accepts that London is not Wales and the most famous woman in the world can’t be expected to be treated or respected like a normal person.