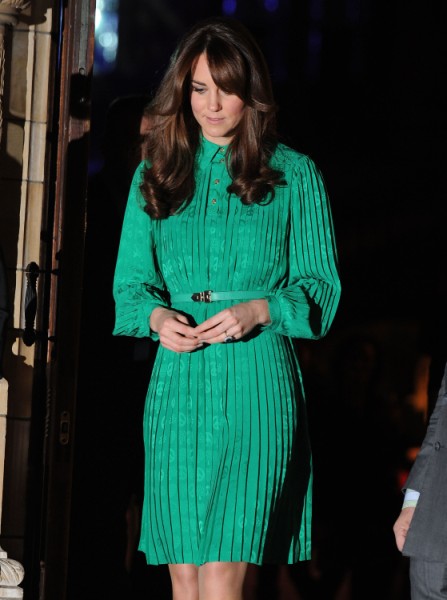 It won’t be official until tomorrow but an examination regarding the death of Kate Middleton’s nurse, Jacintha Saldanha, concluded that she committed suicide by hanging herself.

According to the Daily Beast, Saldanha was found dead two days after two Australian radio hosts called into King Edward VII Hospital in an effort to impersonate Queen Elizabeth and Prince Charles and pull a prank on Kate Middleton who was there suffering from severe morning sickness. Saldanha was the nurse who initially answered the call and transferred it to another nurse who went on to give away some bland information regarding Kate’s health. That’s news to me. Maybe I haven’t been following the story as closely as I should have but I thought Saldanha gave away the information. I guess not. That just makes this whole story even sadder. The poor woman just transferred a call. And her family didn’t even know her involvement in the hoax until after she died because they don’t watch television!

It’s also being made evident now that Saldanha left a suicide note for her family and that it will probably be released to the public tomorrow after the hearing concludes at the Westminster Coroner’s Court. That seems weird, right? Why would they let that note go public? I know next to nothing about how these things work over in London but wouldn’t you think the family would have the right to keep the note private? Wouldn’t the royal family want it kept from the public as well? Who knows what she wrote? You’d have to think the royal family wouldn’t want it to get out if it mentions anything regarding Kate Middleton or her guilt over the prank.

Are you shocked to hear Jacintha Saldanha hung herself? Do you think the royal handlers will let that suicide note go public since it is just more (sad to say) bad publicity for Kate’s Middleton’s pregnancy?