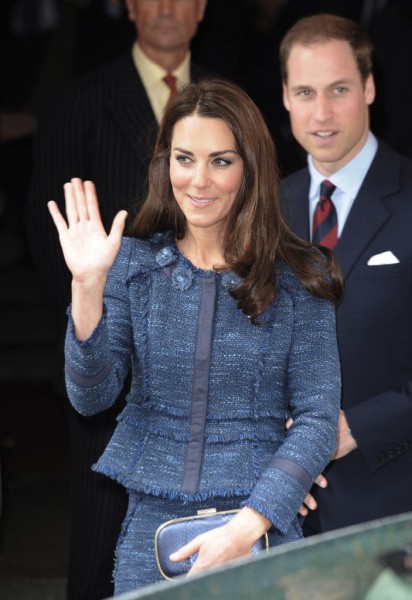 If this turns out to be true then I will never doubt a tabloid again. I’ve already apologized to Jessica Hay in my head for considering her a opportunist. But all those twins stories are not as far-fetched as they seemed months ago.

By now we all know that Kate Middleton’s pregnant and currently in the hospital for Hyperemesis gravidarum which is just pretty bad morning sickness. It can get pretty serious AND is more common in multiple pregnancies. So… twins? Kate Middleton might give us royal twins! It’s all very Man in the Iron Mask! Doesn’t Kate have twins in her family? I think she does which is where all the twin rumors started in the first place.

The sickness is also mostly encountered in the first trimester which means the palace might not have been lying when it said Kate’s pregnancy “is in its very early stages.” I figured Kate was at least three months along because that’s when people usually make announcements but Lainey Gossip reported that the atmosphere over at St. James is super tense meaning this isn’t the coming out party the Cambridges had planned for the little heir. You know how Kate and William are with control so this was definitely not a part of the master plan.

Despite being in the hospital I’m hearing that Kate isn’t in too much risk though. You’ve got to imagine a lot of this is precautionary. It’s her first pregnancy and it’s an important one so I’m confident William is just making sure they are as careful as possible through the process. So let’s guess how far along she is. I bet it’s closer to two months than three which means it would have happened during that lapse of time after their royal tour when they were hiding away in Anglesea post-booby scandal. Scandal? What scandal? Did that even happen? Kate Middleton’s pregnant! Babies trump all. The more I think about it…. wasn’t that Kristen Stewart? Young royal mothers don’t do that sort of thing. Couldn’t have been her.