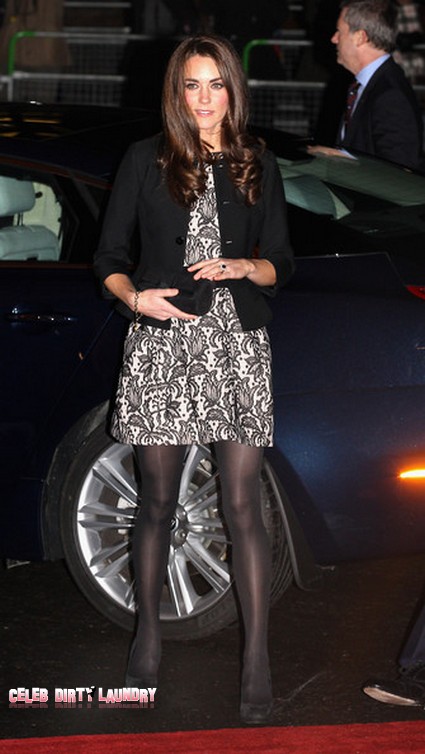 Kate Middleton faces some serious time alone without her husband, Prince William, and the new bride is preparing to just grin and bear it. Palace officials and Kate’s courtiers are stepping in to help make sure that the Duchess of Cambridge has plenty to do that will keep her busy during the future King’s absence. As we reported here at Celeb Dirty Laundry William is being deployed to the Falkland Islands next month for a six week mission as he fulfills his role as a Royal Air Force search-and-rescue pilot.

A Telegraph source reports:  “Kate will attend events for each of the organisations,” says one of the Duchess’s friends. “Some of them will be public visits, others will be kept private.”

“While the duke is away, she is fully intending to use those six weeks to do nothing but work and will be using that time to visit her patronages, both publicly and privately, and undertake a number of engagements in support of the Royal Family.”

Amongst other obligations, Kate has decided to use the time to throw herself into working with her patronages, beginning with a tour of the National Portrait Gallery.

The source continues: “The duchess will tour an exhibition of Lucian Freud’s portrait paintings of his lovers, friends and family, referred to by the late artist as ‘the people in my life,’ at the National Portrait Gallery next month.  The duchess, as patron of the National Portrait Gallery, will take an active interest – publicly and privately – in all aspects of the gallery’s work.”

“The gallery’s planned exhibitions, such as on Lucian Freud, are important moments for the gallery and for its patron.”

Since the Royal wedding last April Kate has had only a single public engagement without Prince William by her side. That occurred when her father-in-law, the Prince of Wales was forced to pull out of a charity dinner at Clarence House in October because he had to fly to Riyadh to offer condolences to the Saudi royal family after the death of their Crown Prince. Kate stepped up to the plate and handled her duties perfectly. No doubt Kate will make everyone proud when William flies off in February.