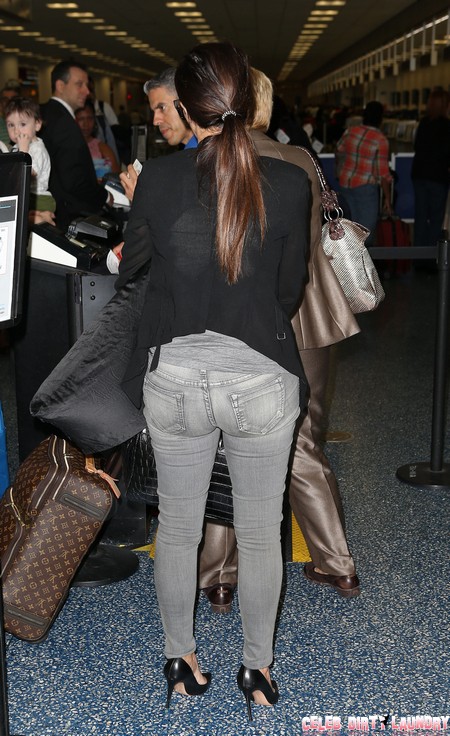 Aww poor Kim Kardashian.  She tries to live her life like a princess and insists that everyone around her treat her like royalty, but the real thing won’t even have a cup of tea with her! Kim just got officially dissed by Kate Middleton and I’m betting she’s pissed!  Apparently the reality television whorelette is as obsessed with the glamour and grace of Kate as the rest of America is and she believed that the duchess would be tripping over her heels to meet her. Not the case according to The National Enquirer,

“Kim wasn’t happy because she’s obsessed with Kate, but the Duchess of Cambridge has no interest in be­coming part of the Kardashian pub­licity machine. Kate can’t stand their style, and from what she knows about their TV show, it’s just a bunch of trashy people primping and yelling at each other. She’s far too polite to diss Kim to her face, but she’s got enough on her plate without having tea with someone like her.”

Finally, someone manages to knock a Kardashian down a peg or two. Why on earth would the duchess want to meet with Kim? I mean they truly have nothing in common and their lifestyle choices couldn’t be much different if they tried! Kim enjoys being referred to by boyfriend of the moment as Kanye West’s “perfect bitch”, whereas Kate comes across as the perfectly devoted wife to Prince William. Let’s face it, Kim may have been a wife twice (technically still is one) but there was nothing perfect about those marriages of momentary convenience.

What the hell was Kim thinking? Requesting to meet Kate was as insane as, oh- Teresa Giudice wanting a meet and greet with Madonna!  Know your place ladies and if your not sure let me help you out- it’s in the 20-minutes-of-fame reality television cesspool.

Are you amused that Kim thought she has a snowballs chance in hell of meeting Kate? Now I’m sure Pippa Middleton wouldn’t say no to a guest appearance on “Keeping Up With The Kardashians.” Maybe Kimster should try Kate’s trashy sister instead? Tell us your thoughts in the comments below!