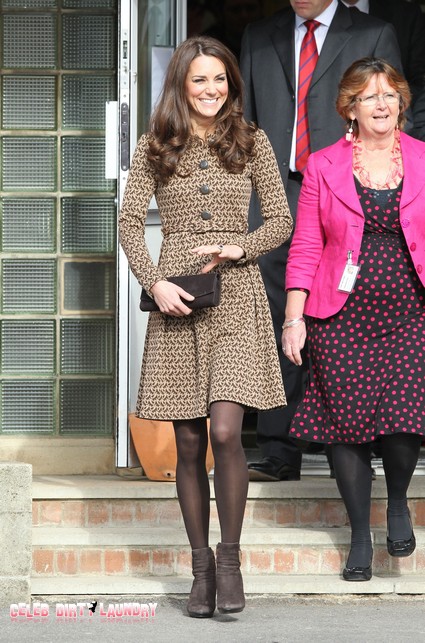 Kate Middelton and Prince William might be surprised to learn that the Duchess of Cambridge has a cousin who does burlesque dancing and takes off her clothes in a ‘God Save the Queen Routine.’ It turns out that Katrina Darling is a model and stripper who is Kate’s second cousin, once removed. It seems that Katrina’s grandmother, Jane Darling, is the sister of Kate’s great-grandfather, Thomas Harrison. Although Kate and Katrina have supposedly never met there might be some who are made uncomfortable with the future King of England’s wife having a cousin who takes off her clothing for money. Queen Elizabeth II comes immediately to mind!

Us Magazine reports:  Katrina Darling is a 21-year-old model and burlesque dancer who recently discovered that Kate Middleton (not to mention Pippa!) is her second cousin, once removed. Darling is set to perform her risque stage act, including a “God Save the Queen Routine” for the first time in the U.S., with a planned March 13 debut at the “Dropout” party at hotspot W.I.P. in Manhattan’s SoHo neighborhood.

Darling and the Duchess of Cambridge, 30, have never met, and are connected through Katrina’s grandmother, Jane Darling, who is the sister of Middleton’s great-grandfather, Thomas Harrison. The performer still keeps a banking job at Barclays in London, and didn’t discover her royal relation until Kate and Prince William got engaged in November 2010.

Kate’s cousin told the New York Post that she is not shy about what she does:

“London sticks more to the traditional burlesque side of things, whereas New York really pushes the envelope.  I take my clothes off, but I don’t give away anything that should be kept for someone else.”

The royal family hasn’t objected to her routine, either, Darling said. And her coworkers at Barclays have been cheering her on as well.

“They know that I do this on the side,…Everybody is really supportive. The English know how to laugh at themselves a bit more.”

A source for Us revealed:  “This is her first time to the states.  They are flying her out. She doesn’t care that she is Kate’s cousin — she was doing [burlesque] before Kate got engaged.”

Why do we doubt that Kate and William will be meeting her cousin any time soon?