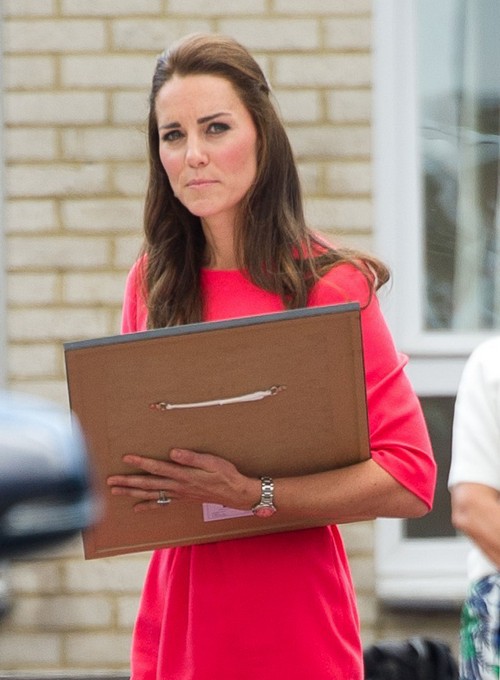 I bet Kate Middleton and Prince William are a bit tired of their relatives flashing their naughty bits but at least Kate’s second cousin, Katrina Darling, got paid to take her clothes off!

The burlesque dancer brought her sexy routine to NYC club Demi Monde last night and she didn’t disappoint. The creative, respectfully patriotic, beauty dressed up as the Statue of Liberty and added some lively pyrotechnics to her racy, stripping routine. Dita Von Teese she is not but you got to clap for the girl. She hustles.

After shocking the world with her connection to the royal family, Darling’s done well for herself by negotiating a reported 6-figure deal to pose for Playboy. And to the media’s delight, she’s also been around to provide lovely commentary on everything royal and riské (thanks to Prince Harry, she’s had a busy summer).

You’d think Darling would try to meet up with her other famous cousin while she was in the Big Apple. Pippa Middleton’s been the toast of the town, somehow managing to work in between her busy tennis watching/fine dining schedule. It’s a British quasi-Royal invasion!

But I doubt a hook up between the two brunette beauties is in the cards. Pippa’s supposedly on her best behavior and hanging with a burlesque dancer can’t be on the agenda. Too bad for us! Pippa shouldn’t be so uppity! She should be able to appreciate a hustler when she sees one. Perhaps she doesn’t want to draw too close of comparisons. Family resemblance is one thing. Social climbing similarities are quite another!

Do you think Pippa and Katrina should meet up for drinks in NYC? Come on! They’re family!