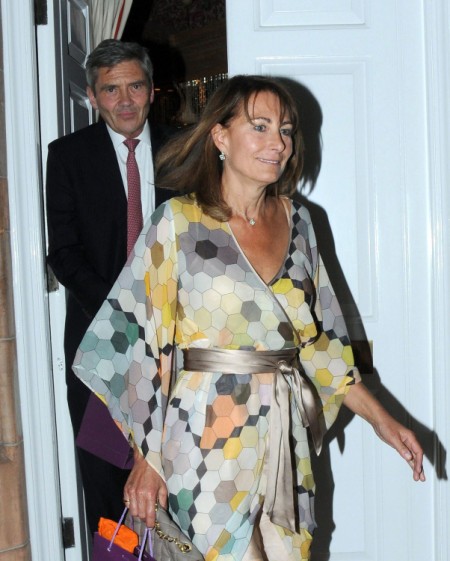 Kate Middleton’s family is under serious scrutiny for trying to capitalize on the Olympics with their party-planning business, Party Pieces. Advertising laws forbid companies from making money off the 2012 London Olympics unless they are an official sponsor. The Middletons might be royal in-laws but even that couldn’t swing them official sponsorship rights.

The regulations have been brought in by Locog, the London 2012 organising committee, and are enforceable under a 2006 law drawn up to protect Olympic branding. Locog has drawn up an inventory of banned words and can take action against anyone using two or more words from what it calls List A: Games, Two Thousand and Twelve, 2012 and Twenty-Twelve.

It can also prosecute anyone who uses a word from List A and joins it with one or more words from List B which includes: London, medals, sponsors, summer, gold, silver and bronze.

Its official brand protection guide says even expressions such as ‘Backing the 2012 Games’ and ‘Supporting the London Games’ are infringements of their legal rights.

On Party Pieces’ website, it advertises a large variety of Olympic-themed items under the headline “Celebrate The Games” including a ring toss game in the Olympic colours, and multi-country flag banners. If found guilty, the family could be fined over $30,000. Chump change to them no doubt, but embarrassing as all hell for Kate.

Pippa Middleton made some no-nos as well. Kate’s little sister, who has just been allowed back into the royal fold, wrote on her a blog, Party Times, a piece called, “Celebrate The Games And Support Team GB” and provides links to many of the Olympic items for sale on the family website. What’s next? Will James Middleton make a couple riske, Olympic-themes cakes for his cake decorating business?

If the Olympic Delivery Authority decides the Middletons are in the wrong it will probably send a letter warning them to take down the offending advertising at first. Technically though I’m not sure they’ve done anything too incriminating. Yes, they are clearly trying to make a buck off the Olympics just like any sane business people would do and they came up with an inventive way to do it. Kind of stupid though. I’m sure the site gets monitored for situations like this so they must have known they’d make headlines with their clever wording. We’ll have to check back to see if they take anything down in the next couple days.

But this isn’t the first time the family has tried to cash in somewhat inappropriately. They launched a slew of items in celebration of Kate and William’s royal wedding including corgi cake toppers and plastic hats emblazoned with Union Flags. Many at the time thought it was pretty tacky. Maybe I’m just tacky. But I believe if you got a hot, money-making family business you got to do whatever you got to do to keep it that way – even if your daughter marries a prince. That tacky money landed her the prince to begin with!

I see nothing wrong with what the Middletons are doing. How ’bout you? Are Pippa and Co. stepping over the advertising line or just toeing it very carefully?