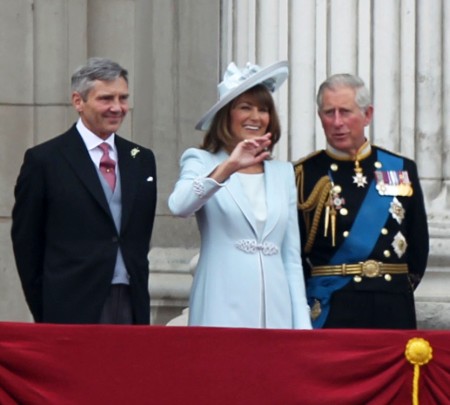 As I reported yesterday, Party Pieces is not an official sponsor of the Olympic games and is advertising a large variety of items under the headline “Celebrate The Games” including a ring toss game in the Olympic colours, and multi-country flag banners.

Pippa Middleton was also in on it. Kate’s little sister wrote on her a blog, Party Times, a piece called,“Celebrate The Games And Support Team GB” and provided links to many of the Olympic items for sale on the family website.

The Guardian reports that following an investigation, the Middletons were swifty cleared. A committee spokeswoman said, “There are no infringements and the products are fine. We may ask them to make a very minor change to some copy.”

But the newspaper added, “The swift clearance for the site may anger some small businesses who have fallen foul of the rules, which are enforced under the 2006 Olympic Act.”

Under the Act and its official brand protection, there is an inventory of banned words businesses cannot use. Action can be taken against anyone using two or more words from what it calls List A: Games, Two Thousand and Twelve, 2012 and Twenty-Twelve. It can also prosecute anyone who uses a word from List A and joins it with one or more words from List B which includes: London, medals, sponsors, summer, gold, silver and bronze. Also expressions such as “Backing the 2012 Games” and “Supporting the London Games” are infringements of their legal rights.

The Middletons haven’t technically used the forbidden words but they’ve pressed their luck for sure. Regardless, it’s still a pretty sticky and embarrassing situation. Kate’s an official ambassador of the games and her face will no doubt be a highlight as she and Prince William attend most of the ceremonies and events. Do you think she knew what her family was up to? Are you annoyed at their “swift clearance”? Did the middle class Middletons use their connections to make it happen?