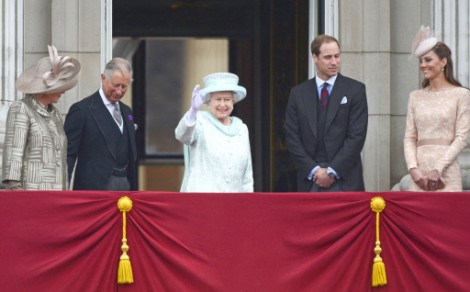 Prince Charles‘ “impatience” is still getting tons of publicity even though he was obviously joking and obviously being led by the interviewer. But that’s not stopping many from insisting the old chap doesn’t have his finger on the pulse of the country. According to that damn Ipsos Mori poll everyone keeps citing Prince Charles is out and Prince William and Kate Middleton are very much in. Is Charles getting unhinged by the competition? Charles isn’t great with competition. Princess Diana knew that well enough.

Personally I hate these “Who’s next in line for the thrown” conspiracy theories because it will be Charles. People need to deal. William and Kate don’t even want it yet. They’re perfectly fine letting Charles and Camilla play with the crowns. But Charles has had a lot of slip ups lately. Is he nervous about his lack of popularity? Tom Sykes in the Daily Beast ran through a couple  of his recent foul ups including allowing Prince Harry the responsibility to close out the Olympics (he got caught soon after with his pants down) and designing the disastrous parade on the Thames for the Queen’s Jubilee celebration. He’s also alienated his family by his wife’s spending and the decision to scale down the monarchy. It’s a mighty low from the excitement of 2011. Luckily for the Cambridges, it hasn’t blown back on them. The people love William and all his bald crotchityness and Kate Middleton’s pregnancy announcement is rivaling the second coming of Christ.

Poor Charles. I actually like the dude. His sense of humor is DRY but he’s actually pretty funny. He married for love. His job is pointless and he has no alternative and his daughter-in-law could be pregnant any day. Life isn’t easy for the Prince of Wales and Diana continues to haunt him from beyond the grave. It doesn’t help his sons have slowly but surely started breaking away from him and his PR people. One of his major communication advisers just quit too. Oh, and unfortunately (or fortunately) his mother is going to live for quite a few more years which is a blessing and a curse. Can you blame him for slipping up every now and then? How would you say you can’t wait to be King without sounding like you want your mother to die? Sounds like a lose/lose to me.