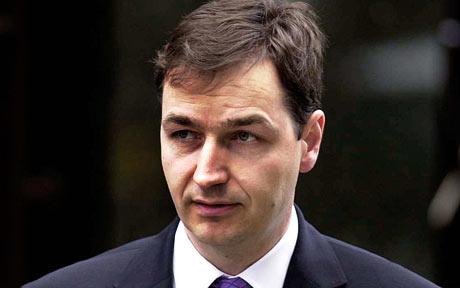 The National Enquirer has found chilling new information into the past of Duchess of Cambridge, Kate Middleton’s current obstetrician.  It appears the royal OB/Gyn, Dr. Alan Farthing, has a murderous history.  According to reports, Dr. Farthing was engaged to the “British Katie Couric“, Jill Dando in 1999.  Dando was a famous U.K. TV host and news anchor.  Upon returning from a shopping trip on April 26, 1999, Ms. Dando was gunned down execution style on her front porch in Farthing.  The shooting occurred only five months before the couple was to marry.  The style of the murder led many to speculate that Dr. Farthing had hired a hit man, but those reports were unfounded.

In 2001, Barry George was convicted of the killing; however, his conviction was overturned on appeal.  It wasn’t until 2008, after spending seven years behind bars, before he was finally acquitted of all charges; leaving the case unsolved.

Prince William and Duchess Kate are said to be well aware of Dr. Farthing’s history and the tragedy he had to live with and are understanding o f his need to move on.  Their primary concern at the moment is Kate’s pregnancy and receiving excellent care from the doctor.  “Kate and William have the utmost faith in him and they have no doubt whatsoever that he’s the right person for the job,” says an insider.  “To be the one who delivers the royal babies is a great honor for Alan.  It will be another major milestone in rebuilding his life after the tragedy of losing Jill.”

What do you think readers?  Would you be okay having an accused murderer as your ob/gyn?  Do you think he hired a hit man or do you think the real killer is still out there?