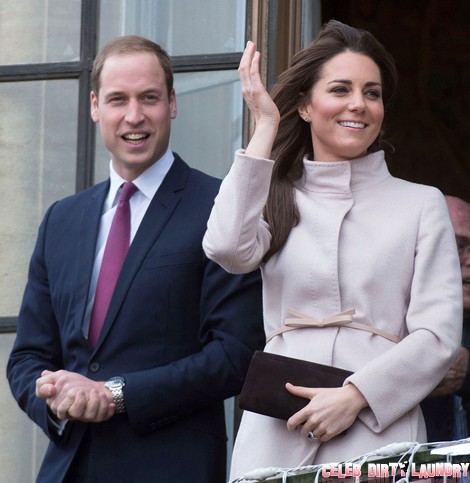 Kate Middleton is still sick, and no, this is not a case of hypochondria brought on by the terror of the Windsors. She is really sick. Really, really. The Duchess of Cambridge spent three nights at the King Edward VII Hospital last week, where the future Queen of England was being treated for an acute form of morning sickness called hyperemesis gravidarum. Her dehydration was a cause for concern, so the hospital put her on an IV drip and stabilized her. At the time of Kate’s distressing medical emergency, a Royal spokesperson said, “It is well known that hyperemesis gravidarum often recurs and, until further notice, to allow the Duchess a degree of privacy during her pregnancy, we do not intend to offer regular condition checks or advise of routine developments associated with it.”

However, although Kate was released from hospital late last week, she’s still not out of the danger zone yet. According to a new report at The Daily Beast, “[Kate] took a turn for the worse on Sunday while she was convalescing at Kensington Palace. Such was her distress that night that [Prince] William cancelled a long-planned appearance at a military event to remain by her bedside.”

She was touted to attend The Hobbit premiere in London, but according to a spokesperson for St James’ Palace, this will most likely not happen, “The Duchess of Cambridge will not attend The Hobbit Premiere tomorrow evening and will continue to rest privately.” There’s speculation that Prince William might still attend the premiere of Peter Jackson’s latest Lord of the Rings masterpiece, but nothing has been confirmed yet.

Kate’s illness forced her pregnancy to become headline news all over the world. This slightly rare malady usually affects women who are expecting a girl or twins, something which prompted the world media to jump on the Royal twin bandwagon. Recent reports have revealed that if the baby is a girl – which is a strong possibility – Kate and William plan to name the child after William’s late mother, the incomparable Princess Diana.