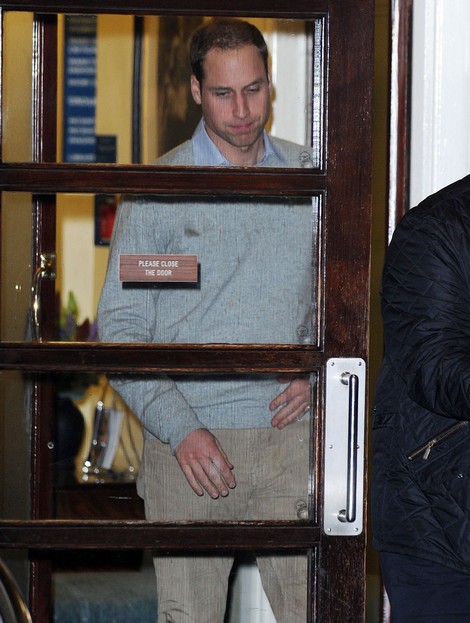 What a week this is for the Royal family- and it’s only Tuesday!  Kate Middleton just spent a second day hospitalized for Hyperemesis Gravidarum and she had a doting Prince William at her side. The duchess is slowly beginning to feel better thanks to massive doses of IV treatments to help to rehydrate and nourish her weakened body. The hyperemesis somewhat resembles a severe version of morning sickness and it no doubt has left Kate’s body at severe risk for miscarriage. If a pregnant woman is unable to maintain her own health it obviously puts the baby’s health at serious risk as well.

“Morning sickness resembles hyperemesis the way a twisted ankle resembles a compound fracture with two bones sticking out through the skin. This hyperemesis is a real medical condition affecting 1 or 2 percent of women early in pregnancy. In the olden days, before IV fluid was routine, women died of hyperemesis due to the severe dehydration it caused. More commonly, afflicted women felt so bad day after day, week after week that death seemed preferable.”

Any woman that has had a long running bout with morning sickness does hit a point where death is preferable!  We all know how tricky it is to be admitted to the hospital let alone stay for a few days so Kate must be in really rough shape and I’m sure her doctors aren’t taking any risks whatsoever with this future royal heir. St. James Palace issued a statement saying that Kate’s condition is improving but I have to wonder if it’s a bit worse than they have let on. It seems that they officially announced the pregnancy because Kate was hospitalized and it was going to be harder to keep her condition under wraps. Do you think that this pregnancy is going to turn into a high risk situation from start to finish? Tell us your thoughts in the comments below!