BY Melanie Usher on March 22, 2012 | Comments: Leave Comments
Related : Charlie Sheen, Two and a Half Men 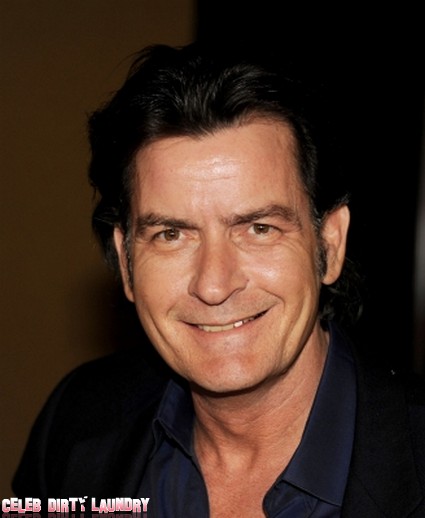 Kathy Bates is winning – according to Charlie Sheen. The actor says he’s ‘honored‘ to have the Oscar winner playing his old character Charlie Harper in an upcoming episode of Two And A Half Men. I don’t think his former boss is going to like hearing that – he planned it as an insult!

TMZ says Mr Tiger Blood absolutely loves the idea of Charlie coming back in ghost form as a woman. And to have the much loved actress doing the deed is the icing on the cake. The sitcom’s Executive Producer Chuck Lorre will be fuming. He thought it would be funny to see a middle aged woman playing the eternal playboy. Chuck wanted to get back at Charlie one last time for ruining his TV show – but its backfired.

Charlie Harper’s return will happen in the April 30 episode of Two And A Half Men. His brother Alan – played by Jon Cryer – suffers a minor heart attack and goes to hospital.  That’s when Kathy will appear as Charlie’s ghost. Make sense? No I don’t get the whole male-female switch either but we’ll have to wait and see what they’ve got planned. The show’s already ‘jumped the shark’ so another totally over the top episode isn’t going to do it any harm.

According to insiders Charlie is so excited about Kathy’s turn as his old alter ago he’ll definitely be tuning in. The actor can’t wait to see how she plays Charlie Harper. He reckons she’s incredibly funny and super talented and he couldn’t ask for a better replacement. So it think it’s safe to say in this round of Charlie Sheen vs Chuck Lorre – Charlie is winning!