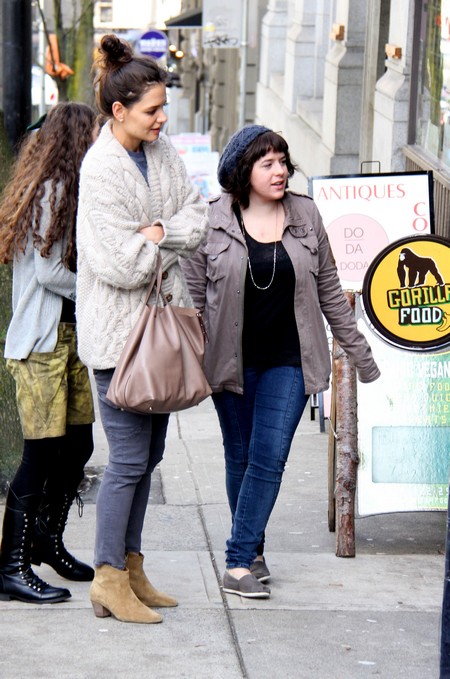 Maybe the most unfortunate thing about Katie Holmes leaving Tom Cruise is the effect it will have on his children with ex-wife Nicole Kidman. Because Connor and Isabella still are knee deep in Scientology, they will be told to shun Katie for leaving the cult.

This will be the second time in their young lives that Scientology is to blame for them losing a mother.  When Kidman and Cruise split back in 2001 they shared custody of their adopted kids but by 2007 Kidman no longer was in touch with Connor and Isabella.  Scientology was blamed for the rift and the same writing appears to be on the wall for Katie now.  A source told Hollywood Life,

“People need to wake up to the truth about Scientology. The so-called church is ripping apart families and brainwashing people. I am disgusted and shocked that someone like Tom Cruise buys into all if this craziness. I am appalled that Hollywood supports him! Katie is being tormented right now without a doubt, she is being told that she is an enemy and a bad influence! Connor and Isabella who once called Katie ‘Mom’ will be manipulated to see her as the enemy. They will command them to ‘disconnect’ from her. How can a church call anyone an enemy? They will try and intimate Katie and want to even convince her own daughter that she is the enemy. All of us who have escaped have been intimidated. They will try to ruin her life, her relationship with Suri, and her career! What saddens me is that Connor and Isabella will no longer have anything to do with the loving person they once called ‘Mom’!”

I’m confused as to how anyone buys into Scientology as a bonafide religion when it blatantly directs its members to “disconnect” from the loving relationships in their lives.  That sounds like a cult scaring people into doing as they’re told to me and the fact that these children will cut both Katie and Nicole Kidman out of their lives is crazy.

Do you think Katie is the enemy in this situation or is she doing what she believes is truly best for Suri?  Tell us your thoughts in the comments below!