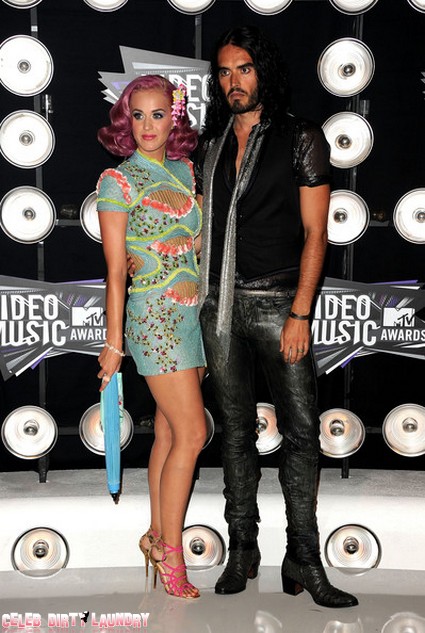 Katy Perry and Russell Brand have agreed to have one final meeting to discuss the status of their broken relationship. That would all be well and fine, if both parties wanted the meeting, but according to the Sunday Mirror it sounds more like a desperate attempt on Katy’s part to get Russell back. In fact Katy has even enlisted the help of her parents, Keith and Mary Hudson, who supposedly hate Russell. Rather than a meeting a couple who might have split too rashly, this meeting is more like an opportunity for Katy to beg Russell to take her back.

Russell has grudgingly agreed to the meeting but only because he has to be in Los Angles to attend the Golden Globe awards this evening anyway. Remember that it was Russell who filed for divorce and according to sources he is said to be “determined to move on” from the brief 14-month marriage.

A friend of the couple said: “He has agreed to meet her one last time. He wants to sort things out and finalize the divorce. Removal trucks have been moving his things out of the house they lived in and into a new place that Russell is renting.”

“He needed to be in Los Angeles for the Golden Globes too, so it was an ideal opportunity to meet. He is determined to move on. But Katy says she is still in love with him and she still has hopes they might get back together.”

The insider told the Mirror: “Keith and Mary flew from Georgia to Los Angeles earlier this week to be with their daughter. She is doing OK under the circumstances, but this has been a very tough road for her.  Keith and Mary have also been reaching out to Russell and sent him a text telling him he is in their thoughts and that they love him.”

According to sources Russell filed for divorce for 2 main reasons: 1) He is a recovering addict looking for a stable homelife and Katy wouldn’t stop partying, settle down, and start a family – she is totally focused on her career and living the Hollywood party lifestyle; 2) Russell was bored by Katy sexually.