BY Dorothy Gale on May 27, 2012 | Comments: Leave Comments
Related : Keeping Up With The Kardashians, Preview, Reality TV, Recap 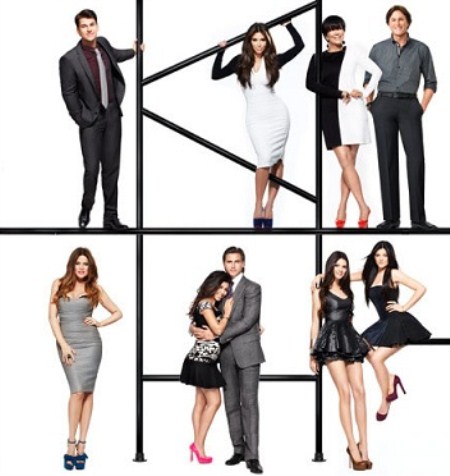 The Kardashians were back last week with an all new episode, did you watch it? If you missed anything, you can read our full recap HERE.

Last week, Bruce Jenner was upset because he felt that everyone in the family was forgetting him, but then he realized it was not just their fault, but his as well, because he was not making an effort to find out what was going on in everyone else’s life. After taking a temporary break from home and going to Kourtney’s house, Bruce returned home.

A lot of the focus last week was on Khloe and the question of who her father was. Basically momager, Kris Jenner, tried to force Khloe into doing a DNA test, but she stood her ground and refused to do something that was against what she believed in.

In the second episode tonight titled, “Momager Dearest”, Kourtney takes her grudge against Kris to a new level; she even tells her that she is embarrassed for her soul. Bruce goes and forces Kim to face her fears and she’s not at all that happy about it and is looking for payback.

The Jenner girls; Kendall and Kylie begin to work for Seventeen magazine, but it appears that Kyie feels that Kendall isn’t pulling her weight with the new job. Meanwhile, Rob thinks Bruce is the hardest guy to relate to and Scott thinks the family is going downhill quickly.

You don’t want to miss an episode this season when Kourtney and Scott prepare their son Mason for the arrival of his little sister. The Jenner girls, Kylie and Kendall look to step out of the “Kardashian” shadows and Rob will finally come into his own.

Sounds like exciting reality tv to me! Don’t forget to come back right here on CDL tonight and Monday night for our awesome recaps when we will be live blogging the episodes.

In the meantime, check out the preview for this new “double episode”, the first part airs tonight and the second on Monday night, both at 9:00pm on E!.