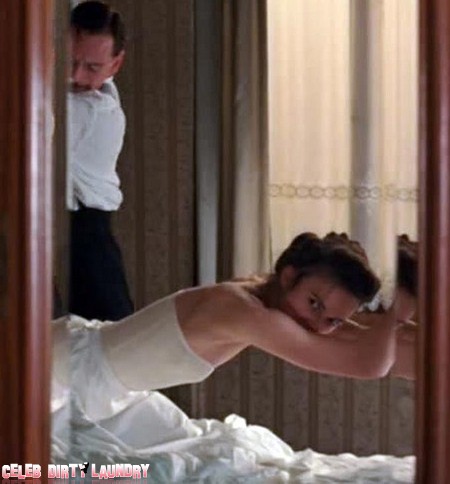 Keira Knightly believes that English people are obsessed with spanking and she is no exception. Keria played Sabina Spielrein who has a relationship with her therapist Carl Jung in ‘A Dangerous Method‘ and in one scene she had to be spanked on her butt by her co-star Michael Fassbender, who portrayed Jung.

Keira admitted that she and Michael only got through the spanking scenes by turning to booze.

“We only had one or two shots maximum. It was a vodka shot to calm our nerves and away you go really. Then we had champagne. We drank quite a lot of champagne actually. You can count on Michael to buy a bottle of champagne when one is required. The vodka and champagne is a good combination.”

MORE: Keira Knightly and Michael Fassbender Got Drunk Before Spanking Scenes In A Dangerous Method

Speaking to the movie’s director David Cronenberg in the new issue of Interview Magazine, she said:

Cronenberg suggests to Knightley that the reason could be that many men and women in England get a sexual thrill from slapping or having their bottom’s slapped.

“Well, I think they (the English) like spanking. It might have to do with schoolboy stuff. Having your bare bottom spanked is generally a sort of homoerotic thing in those kinds of schools… That’s my interpretation of why spanking is really huge in England.”

Would you like to see more spanking on the screen?  Let us know in the comments below.