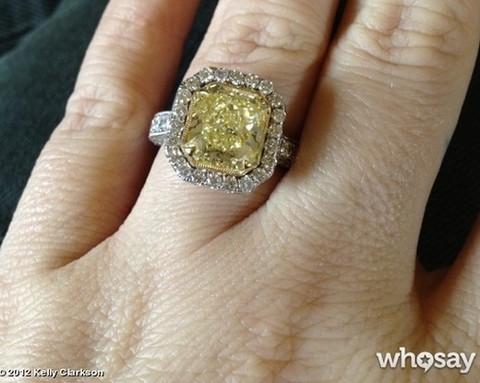 American Idol’s first winner, Kelly Clarkson, not only achieved the impossible and became a world famous superstar after her win on the reality television show American Idol; she also became etched into our daily consciousness as a pop artist with one of the best voices in the business. The beautiful Clarkson took a swig of Love Potion No. 9 and became engaged to Brandon Blackstock – Reba McEntire’s stepson – over the weekend.

Clarkson posted her Titanic-engagement ring on the social media site WhoSay with the caption, “It’s a yellow canary diamond with diamonds around it and Brandon designed it with Johnathon Arndt. They did an amazing job! I can’t wait to make Brandon’s ring with Jonathon as well!”  Let’s all break out Rob Reiner movies and cry in our shoes, shall we?

In 2002, the 30-year-old Clarkson became the “Original Idol”, the clay from which future Idols were built, and the symbol of US reality television talent shows. Five albums (Thankful, Breakaway, My December, All I Ever Wanted, and Stronger), a decade in the music industry, and worldwide sold-out tours made Clarkson one of the most respected and most sought after stars in the land of music. For many years after American Idol’s premiere season, Idol attempted to re-enact Clarkson’s “find”, but never again was the show able to find an artist with such staying power, vocal prowess, and star quality. Most contestants in the follow-up seasons attributed their audition to Clarkson, and labeled her as their inspiration. They based their entire careers on the original American Idol and attempted to rehash Clarkson’s insurmountable success, but unfortunately, no one has yet been able to trump her vocal ability and star power.

Hopefully Clarkson’s engagement won’t stop her from writing the soundtrack to our lives, because, you know, our lives would suck without her. 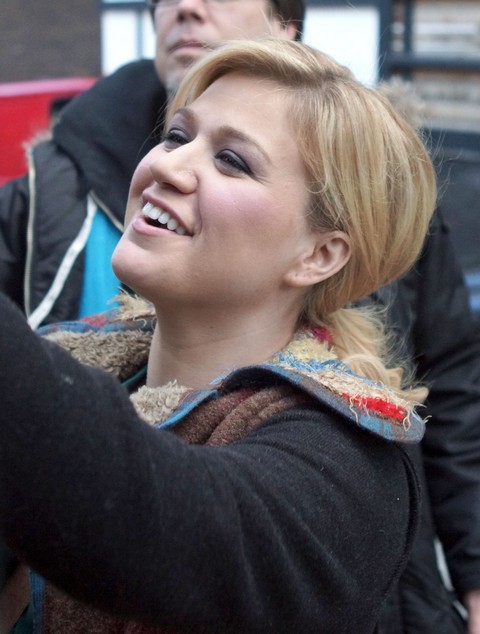 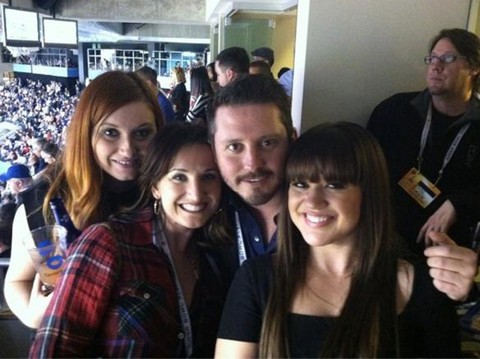