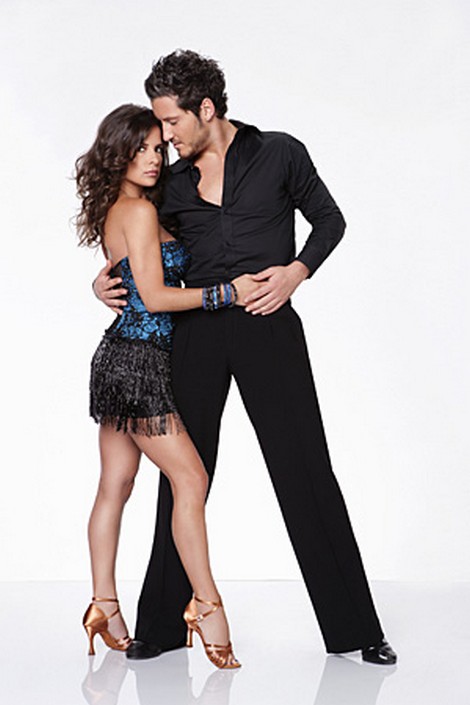 Kelly Monaco danced the Cha-Cha-Cha for her first performance of Dancing With The Stars All-Stars 2012 Season 15.  All 13 couples will hit the stage performing either the Cha-Cha-Cha or the Foxtrot to impress the judges and viewers at home, hoping they’re not the first couple sent home.   We recapped the tonight’s show for you and if you want to see how all the couples did go HERE!

Kelly Monaco and professional dancer Val Chmerkovskiy dancing the Cha Cha Cha.  Kelly had this to say about performing on DWTS, “It takes a lot of courage to get out there. It’s really like slitting your wrist and bleeding all over everybody. You’re really vulnerable, you’re putting yourself in the most vulnerable position and that in itself is commendable. Everything else is an experience.”

Judges Comments: Len:  “You were not this good season 1.  I don’t know what happened.  The choreography was terrific.  You just have to chill out.  I loved it, well done!” Bruno: ” Bam, wham sexy ma’am, sexy and hotter than every.  You never did this dance before and you were a stunner!  Well done” Carrie Ann: “Apolo is not the only one that got a whole lot sexier.  You to have so much chemistry. WOW!”