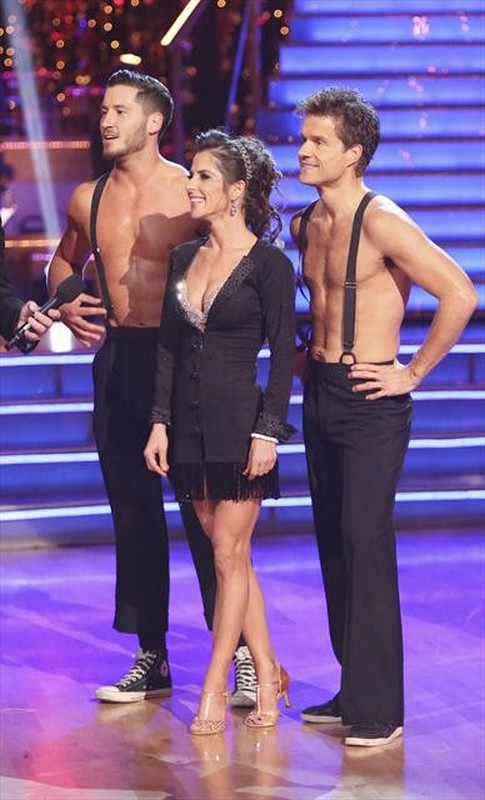 Kelly Monaco danced a Rumba, on Dancing with the Stars: All-Stars performance show tonight where contestants paid homage to the King of Pop, Michael Jackson.  She danced her Rumba to “I Just Can’t Stop Loving You” by Michael Jackson.  After the ballroom dance all the five remaining couples will perform a dance style they have not yet danced to a theme which was chosen for them by another couple on last week’s Results Show. If you missed tonight’s show, we recapped it HERE for you and if want to see any of tonight’s performances you can go HERE!

Kelly Monaco and professional dancer Valentin Chmerkovskiy dancing a Rumba.  Val had this to say about their dances this week, “I love Flamenco. It’s very Paso Doble. Val admitted that he’s a little nervous.”

Judges’ Comments: Len: “It had control, the lines were fantastic, you did it wonderful, well done.” Bruno: “That was smoldering, you performed like you never had and it was good to see!” Carrie Ann: “That was beautiful, it was honest vulnerability, it was beautiful  and breathtaking.”

Watch the video below and let us know what you think? Do you think Kelly did enough to avoid elimination this week? Sound out in the comments below!

[VIDEO WILL BE UPLOADED – ONCE IT IS RELEASED]