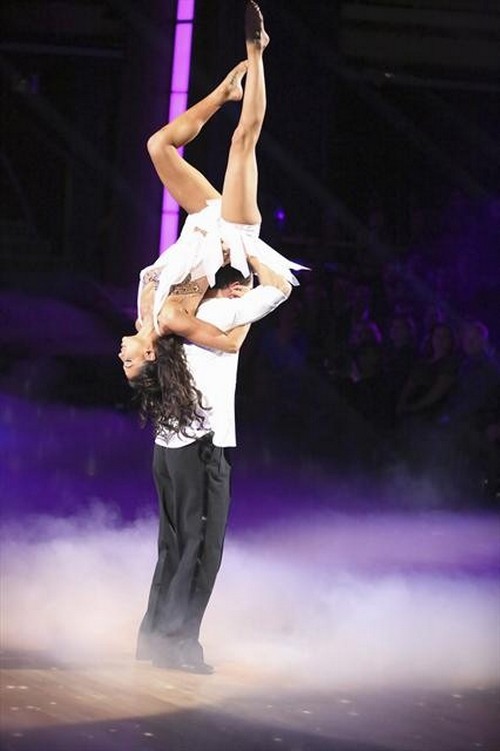 Kelly Monaco chose her Instant Dance and chose to dance a Jive routine, on Dancing with the Stars: All-Stars season 15 finale show tonight.  On tonight’s show our three finalists go head-to-head for the Mirror Ball Trophy.  All three couples will an instant dance routing.  They’ll be given their music and dance style just minutes before they must perform live to complete the judges’ scores. If you missed tonight’s finale show, we recapped it HERE for you and if want to see any of tonight’s performances you can go HERE!

Judges’ Comments: Len: “You have been a revelation for this whole season. you are clean, crisp and you came out and really went for it, well done!” Bruno: “You have the energy of two randy rabbits. There was something going on there. The Jive is difficult to do; sometimes you lost a bit of balance. But Magnificent! Carrie Ann: “I am so impressed this was an instant dance. You two were fantastic, in sync. You have won my heart and the audiences!”