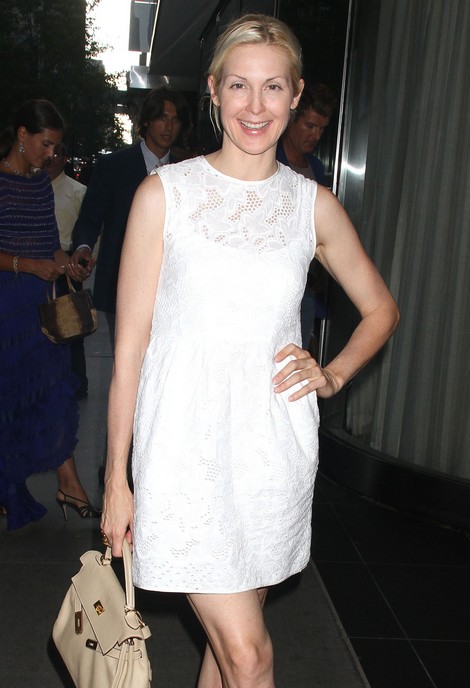 Yikes!  We all have been privy to the ins and outs of Hollywood divorces and custody battles – admittedly it’s never a fun battle to take on no matter whom you are.  Gossip Girl’s Kelly Rutherford is no exception, and she’s just experienced first hand that custody battles don’t necessary end the way we might imagine..

Kelly, 43 (also of Melrose Place fame for those of you who are my age) recently lost full custody of her two children.  Kelly was married to Daniel Giersch, who currently lives in France and is unable to return to the U.S. as his visa has been revoked.  Her ex and the kids have been in France, while Kelly has been fighting to have them live with her in the States, but alas, a judge has ruled that due to Kelly’s ‘flexible’ acting schedule she can go back and forth to France to spend time with her kids.

Now I have to admit, I’m no fly on the wall – but doesn’t this kind of make sense?  Although mothers do tend to get primary custody, doesn’t it make sense that since the children’s father can’t be with him – and their mother can go to them, that they reside there?  Once again, I’m no judge and I have no idea what goes on between closed doors, but if Moses won’t go to the mountain, then shouldn’t we bring the mountain to Moses?  Ok, maybe a bad analogy, but you get the idea.

Either way, Kelly doesn’t see it that way and believes it is virtually impossible now for her to spend meaningful time with her kids, given “the enormous travel commitments that would involve”. I’m sure as hell no parent – but dude, quit your gig and move to France to be with your children. Enough said.

Kelly Rutherford’s husband has won the children so she plans to appeal. I like her ex more and more.  Oh yes – and her acting career is going where?  Righhhht.