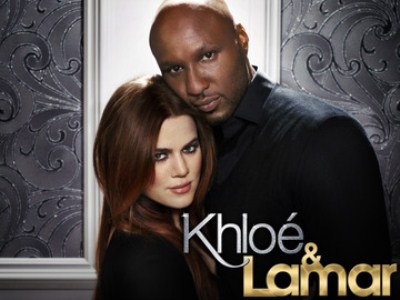 Khloe and Lamar returns tonight with episode 4 called ‘No Turkey for Khloe?.’  The two tied the knot in 2009 and since then they have been piecing their lives together and falling more and more in love every day. The couple recently moved to Dallas, Texas when Lamar was traded to the world champion Dallas Mavericks. Are the couple in store for a different move, we’ll see tonight!

In last week’s episode, Lamar handcuffed himself to Khloe and Rob wanted to start a new sock company. If you missed any of the episode, you can read our full official recap HERE.

On tonight’s episode Lamar gets an offer to play basketball in Turkey, but Khloe isn’t sure it’s a good idea. Meanwhile, Jamie tries to use his connections to land an acting job. On Khloe’s website, she reveals how the whole “Turkey” thing was a difficult decision:

“Lamar and I deal with some drama when he gets an offer to play basketball in Turkey. This was obviously a hard decision for both of us, but like every obstacle we face, we got through it together :)”.

RECAP: Jamie tells Khloe that he found his calling, acting. Malika tells him she see him doing anything he puts his heart to. Khloe is a firm believer that if you want something, you have to work, she thinks Jamie is naive. He shows her his portfolio and she thinks he looks like a pedophile in the pictures.

Lamar is trying on clothes, he hugs his Laker shirt and tells him that he misses it so much. He is anxious to get back on the court, it’s a sanctuary to him.

Lamar gets a call, he may be able to ghet work playing basketball in Turkey.

Malika tries to help Jamie with script reading, but it’s going no where.

Rob meets up with Khloe and tells her that he heard that Lamar signed up to go to Turkey. He asks her if she ever hear of the genocide? Khloe doesn’t think of that because the Armenian generation doesn’t blame what happened in other generations. Khloe decide to call her uncle Tom and he says that the is actually bothered about Turkey’s legacy as an unrepentant perpetrator of genocide against the Armenian people. It is like the Jews in Germany. Khloe doesn’t want to offend anyone in her culture.

(Armenia’s football team went to Turkey, so what’s the big deal with Lamar playing basketball there?)

Jamie thinks he can act like Rob ert De Niro. He goes to read for a part, but the guy is not impressed and tells him that he needs to study.

Lamar is thinking about accepting the offer in Turkey but Khloe is afraid that she would be insulting the Armenian community.

Khloe is alone with Kim, she tells her to be careful about the whole Turkey thing because she one did a Cosmo cover on the anniversary of the genocide and got a lot of backlash for it.

Jamie calls Malika and tells her that he is bumped, losing the part took a hit at his confidence.

Bruce shows up at Khloe’s house, she tells him that she is stressed out about her concerns in going to Turkey. Bruce tells her that she sounds like her mother, it is better to be open about everything with Lamar.

Khloe opens up to Lamar and he tells her that if she is so bothered about it, they will make the decision toegther.

Malika and Rob take Jamie to an acting class.

Lamar is watching TV in the early hours of the morning and finds out that the lockout is over.

That’s it for tonight, no Turkey and no more lockout.