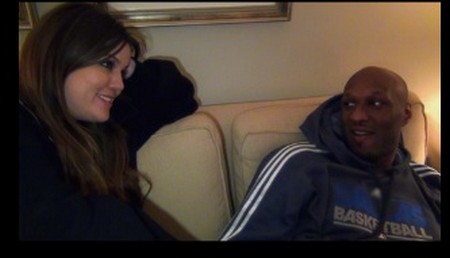 Khloe and Lamar returns tonight with episode 6 called ‘Alone Star State of Mind.’ On last week’s episode the lockout is over the stress of the negotiating kicks in.  Khloe and Lamar want us to ignore the rumors,  ignore the headlines because they told us on last weeks show what really happened. Their life is going to change forever.  If you missed the episode you can read our recap here!

On tonight’s episode because Lamar was traded to the Dallas Mavericks Khloé arrives in Dallas excited to make her & Lamar’s transition as smooth as possible, but Lamar struggles to find his footing & takes his frustrations out on her.

In the sneak peek of this week’s episode below you can catch the pair as they struggle with attempting to do all of the important tasks so quickly.  Lamar says: “Everything is just hitting me at once, i’m tired i’m a little bit out of shape physically and mentally, its bothersome.“

We will be live blogging the show with all the up-to-the-minute details at 10PM EST so make sure to come back to this spot and watch the show with us. Refresh often to get the most up-to-date results!  While you wait for the recap you can catch a sneak peek video of tonight’s episode below!

RECAP: Khloe’s mom, Kris Jenner and Bruce Jenner arrive for a visit and her mom tells her that this move changes the whole dynamic of her family, then she begins to cry. Khloe tells them that life threw her a curve ball and she is going to make the best of it. Kris and Bruce get into an argument about it, then Bruce decides to wait in the car.

Khloe flies to Dallas, arrives early in the morning and surprises Lamar. Khloe tells him that she doesn’t want to live in a hotel, she is going to look for a furnished apartment with a kitchen so she can cook for him.

Khloe has already done some research and starts to look for places right away. At practice, everything is mental being on a new team for Lamar.

The southern hospitality overwhelms Khloe, everyone is being so nice to her. She is still checking out places, she finally finds one she wants.

Everything is hitting Lamar at once, he is tired and out of shape. Khloe tells Lamar that she may have found a place that is within walking distance but he is too tired to go with her. Lamar tells Khloe this is the first time that basketball feels like a job. (wow, sucks to be him, yeah right… that’s what we do in real life Lamar, we work for a living and it’s called a job)

Khloe picks up Lamar from another exhausting practice and agrees to go house hunting with Khloe even though he doesn’t want to. Lamar doesn’t want a two bedroom, he wants a third room for Jamie or anyone else to come and visit. Khloe doesn’t want Jamie to come to Dallas and Lamar tells her if that is the case, then she will have to tell him herself. Lamar and Khloe get into a fight over it, she is upset that Lamar didn’t discuss the fact that Jamie was planning on coming to Dallas with them.

Khloe is really upset with Lamar and he tells her that she wouldn’t ask permission if she asked Kourtney to come to Dallas so he doesn’t feel that he should have to ask. They start to discuss which condo to rent but Lamar is so exhausted that he can’t concentrate.

Khloe goes out to meet one of the players wives, Porshla for a drink. They share stories and Khloe tells her that Lamar is in a rut of the political part of his trade.

Khloe and Lamar finally agree on which condo to rent and the only piece of furniture she manages to get delivered is the mattress.

Khloe arrives at Lamar’s game but she feels a little awkward to go to the wive’s lounge so she sits in on the game and Lamar does not have a good game and is embarrassed that he didn’t play well.

Later that night, Khloe tries to make a romantic setting for her and Lamar but he’s not in the mood and tells her that he needs to wind down. Khloe is upset and calls her mom, she tells her that she is trying so hard but it’s not going the way she wanted it to go. Lamar finds Khloe crying and feels bad for how he made her feel.