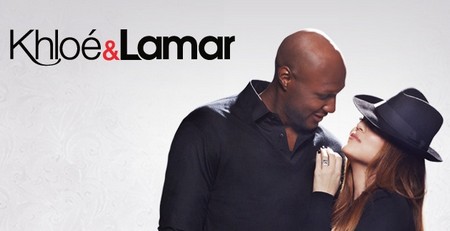 Khloe and Lamar returns tonight with episode 6 called ‘The Trade.’ On last week’s episode Lamar learned more about himself and his father when his dad opens up about his time in Vietnam. If you missed the episode you can read our full recap here.

On Tonight’s show now that the lockout is over the stress of the negotiating kicks in. Ignore the rumors they say ignore the headlines – tonight we will find out what really happened. Their life is going to change forever. Khloe flies to New York for an appearance; Lamar learns he is being traded by the Lakers.

Meanwhile despite all the divorce rumors swirling about, Khloe tells Cosmopolitan, in a recent interview, that that’s just one way she keeps the intimacy levels in the spicy zone. To find out all the details check it out here.

According to another report Khloe and Khloe is refusing to take fertility treatments.  Khloe and Lamar’s failure to have a child is one of the reasons for the couple’s marital difficulties. To find out more about this report go here!

We will be live blogging the show with all the up-to-the-minute details at 10PM EST so make sure to come back to this spot and watch the show with us. Refresh often to get the most up-to-date results! While you wait for the recap you can catch a sneak peek video of tonight’s episode HERE!

RECAP: Lamar gets a call, now that the lock out is over the stress of trading come up and it’s really stressful. Khloe and Malika are playing pool, Lamar walks in and tells Khloe he got traded to Miami. Khloe is shocked, but Lamar lets her know he is just kidding.

Later on, Lamar and Khloe start talking about the possibility of getting traded and he tells her that if it does happen, it’s quick.  Khloe, being a control freak, needs to have a plan and doesn’t like the idea of a last minute trade. Khloe has to go to New York tomorrow, she has commitment and hates to leave him at such a vulnerable time. This is the worst time she could leave, their lives could be changing in a snap. While Khloe is on the airplane, Lamar is traded to New Orleans.

Khloe has landed and is beside herself that she cannot get in touch with Lamar. She turns on the radio and hears him talking, she is really sad that he sounds heartbroken. Khloe feels so guilty that she cannot be with him during this crazy chaotic time. There is more news, the deal that was going to trade Lamar to New Orleans is off. Khloe finally gets in touch with Lamar, now that the trade is off he really doesn’t wants to stay on a team that doesn’t want him.

Jamie goes over to Lamar’s to try and console him, but he won’t answer the door. Khloe tries calling Lamar back and he won’t answer the phone. She tries to call every one she knows to go over to the house to check on him, she finally gets in touch with his agent Jeff. He tells Khloe that Lamar needs to speak to his General Manager and just work out something, he’s getting traded and that’s the end of it, it’s just going to be a matter of where.

Rob is at Khloe and Lamar’s house when Malika comes in and wants to know what is going on. Rob explains that he is getting traded and change is good in his opinion. Khloe is on the phone with Lamar, she is on her way to the airport back to LA. Lamar is heading down to speak to management and see what his options are.

Lamar is the car with his driver, Mac, and thinking about his Laker life that he is really going to miss.

Khloe’s plane finally lands, she is on the phone with Lamar and he gives her a hint of where he is being traded, there are stars and millions of them, in Texas. Lamar has to leave in the morning, Khloe will stay back and pack up their things.

It’s the next morning and Lamar is gone to Dallas, Khloe is packing up and Malika is there to help but starts crying because she is going to miss her. Malika feels bad, she doesn’t want Khloe to feel worse about the whole thing. Khloe doesn’t like leaving her home, but Lamar is her first priority.

Next week, Lamar is super stressed out with the new team. The End!