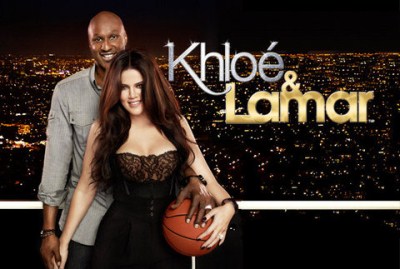 Khloe and Lamar returns tonight with episode 5 called ‘PTSD.’  The two tied the knot in 2009 and since then they have been piecing their lives together and falling more and more in love every day. The couple recently moved to Dallas, Texas when Lamar was traded to the world champion Dallas Mavericks.

In last week’s episode, Lamar had a chance to play in Turkey. Khloe decided to call her uncle Tom and he said that he was bothered about Turkey’s legacy as an unrepentant perpetrator of genocide against the Armenian people. If you missed any of the episode, you can the full recap HERE.

On tonight’s episode Lamar learns more about himself and his father when his dad opens up about his time in Vietnam.

Meanwhile, Malika wants to get breast implants, but Khloe fears she wants them for the wrong reasons. Khloe, Odom and Malika get into an argument about breast implants. It will be insanely shocking to see the two of them arguing it out. Khloe and Malika are driving in the car and Malika tells her that if she mad just to say that she is mad, aparently Khloe is upset that Malika called her fat. Malika then goes on to ask her if she is going with her to her consultation. Khloe tells that she is not going with her because she thinks that if she gets breast implants she will regret it. She thinks she is amazing the way that she is already.

RECAP: Lamar is with his friend Jamie, he tells him that he is thinking of getting a tattoo. Lamar’s dad, Joe, is on the phone, in the past few years they reconnected. Joe wants to go on vacation with Lamar.

Meanwhile, Khloe is bra shopping with Malika and wants to show her that there are so many bras these days that can do so many magical things.  Malika tells Khloe that her breasts looking better with a great bra is only an illusion and she wants it to be real. Khloe strips down to her bra and tries to show Malika what she means, but Melika kind of tells her that she is fat.

Lamar is out with his dad, they are talking about all the people who died, including his grandfather and his mother. The two are really sad, his father tells him that he is thankful for what he’s got but he’s still trying to find his way home. Lamar knows his father was in Vietnam, but he has never talked that much about it until now. His father had PTSD as result of the trauma that he witnessed in Vietnam. He goes on to tell Lamar that he wants no more headaches and sometimes he just wishes he was a kid again.

Khloe and Malika are in the car, Malika tells her to just admit that she is mad at her. Khloe tells Malika that she is not going to her consultation with her for the breast implants because she thinks she is just doing it because she is in the middle in the break up.

Malika is at her pre-op appointment with Dr. Fisher, she tells him that she is ready to have a better feel and look. He tells her that the main risk is getting a “hard breast” and because she has thin skin, there could be little ripples. Malika is now with Dr. Fisher’s assistant, Bonnie and has to sign all the consent forms. Malika looks over at Bonnie who has the same size boobs as her now which look fine. Malika is thinking maybe Khloe is right.

Lamar and Khloe are invited by the Marines to Camp Pendleton.  They get a complete tour and Lamar asks to drive in the tank, he gets in with Khloe. Lamar is reduced to tears and finds it is a humbling experience, he can’t believe what his father went through.

Malika is back at Khloe’s house, she tells her that she is not getting her boobs done and admits maybe she was doing it for the wrong reasons. Khloe is very happy that Malika has changed her mind and they joke about the “fat” thing.

Lamar is on the phone with his dad and tells him that he is going to take him on a trip to Santa Barbara for wine tasting. Joe tells Lamar he needs some money and Lamar tells him no problem, he’s got him.

That’s it for tonight, next week Lamar gets the news that he is traded.