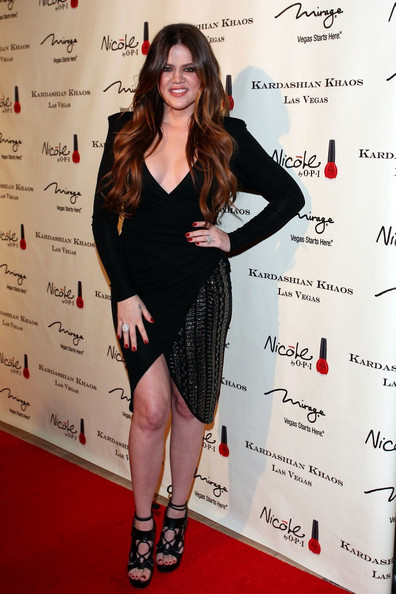 We have all seen the Kardashian’s and noted that Khloe looks nothing like her three siblings, Kim, Kourtney, and Robert. Now we know why – Khloe Kardashian has a different father! It all makes perfect sense now – genes don’t lie and Khloe has none of the dark Armenian looks of her three siblings – she is also built on an entirely different frame. With momanager Kris Jenner being a self-proclaimed tramp it is not a stretch that Khloe had a different father.

RadarOnline claims that a Star mag exclusive will reveal that both the ex-wife and the widow of the late Robert Kardashian claim that he expressed grave doubts about Khloe’s paternity.

Jan Ashley, 63, the woman who married Lawyer Robert after he divorced Kris Jenner says: “Khloe is not his kid – he told me that after we got married,” according to Star mag via Radar.

“He just kind of looked at me and said [it] like it was a matter of fact. He said, ‘Well, you know that Khloe’s not really a Kardashian, don’t you?’ And I said…’OK,’ and that was it.”

As if this wasn’t enough, Radar also claims that Ellen Kardashian, 63, who dated Robert for 6 years before marrying him two months before he passed away in 2003 has also come forward after eight years of silence to “tell the truth” about the Kardashian family.

According to Ellen: “Khloe brought it up all the time. She looked nothing like the rest. She was tall, had a different shape, light hair, curly hair. Didn’t look anything like the other three children.”

In order to increase publicity for her new book Kris announced on TV to Jay Leno that she cheated on Robert during their marriage -as we reported here. But of course both Jan and Ellen – as well as Robert – always knew she cheated. When a woman is as flagrant about her sexploits as Kris, everybody always knows.

“Robert did question the fact that Khloe was his,” Ellen said. “Any normal man would if they knew their wife had cheated on him.”

Ellen claims Robert told her that he and Kris weren’t even sleeping together at the time Khloe was conceived.  “[But] he never would have considered a DNA test,” Ellen said. “He loved her very much.”

What will this latest revelation about the Kardashian/Jenner corporation do to the brand? That is the only question that the K Klan are asking this morning – after all, there is no indication that anything other than money matters to them.

Please take a moment to complete our poll below – is Khloe a Kardashian?